During the last presidential campaign, a recurring theme was that of independence from government support, a claim made proudly to counteract Obama's perceived "socialist" tendencies. 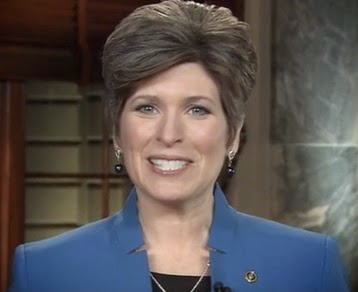 This past week, one of the rebuttals to Obama's State of the Union address was given by Joni Ernst (R-Iowa), who proudly described how she wore plastic bread bags over her shoes as a mark of her family's humble roots and ability to live within their means.  What she conveniently left out was her family's acceptance of federal farm subsidies:


The truth about her family’s farm roots and living within one’s means, however, is more complex. Relatives of Ernst (née: Culver), based in Red Oak, Iowa (population: 5,568) have received over $460,000 in farm subsidies between 1995 and 2009. Ernst’s father, Richard Culver, was given $14,705 in conservation payments and $23,690 in commodity subsidies by the federal government–with all but twelve dollars allocated for corn support. Richard’s brother, Dallas Culver, benefited from $367,141 in federal agricultural aid, with over $250,000 geared toward corn subsidies.