The escape from Eastern State Penitentary 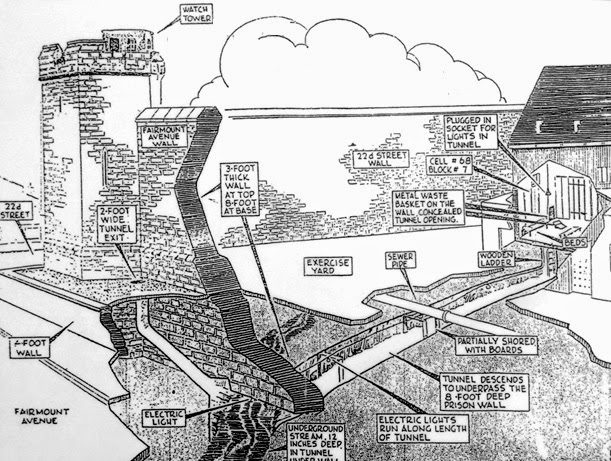 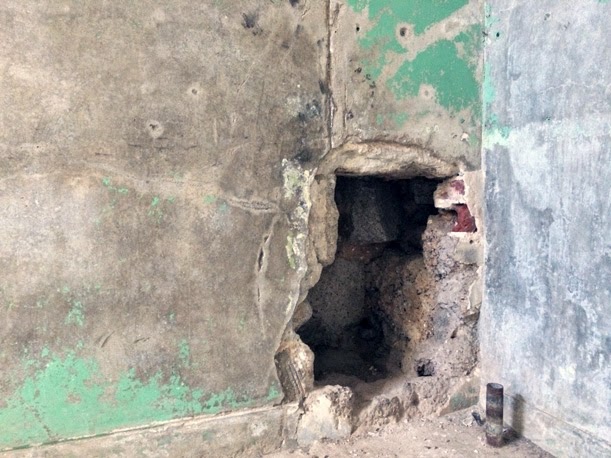 Excerpts from the original post at Life Without Buildings:


With its hub-and-spoke design of long blocks containing individual prison cells, ESP could be considered the first modern prison. There are many, many stories told about the prisoners that have been incarcerated here over its nearly 150 years of operation–some inspiring, some horrible, some about Al Capone–but none of them have captivated the public more than the 1945 “Willie Sutton” tunnel escape...

Working in two-man teams of 30 minute shifts, the tunnel crew, using spoons and flattened cans as shovels and picks, slowly dug a 31-inch opening through the wall of cell 68, then dug twelve feet straight down into the ground, and another 100 feet out beyond the walls of the prison. They removed dirt by concealing it in their pockets and scattering it in the yard a la The Great Escape. Also like The Great Escape, the ESP tunnel was shored up with scaffolding, illuminated, and even ventilated...

More details, photos, diagrams, and information about the fate of the escapees and the current state of the tunnel here.