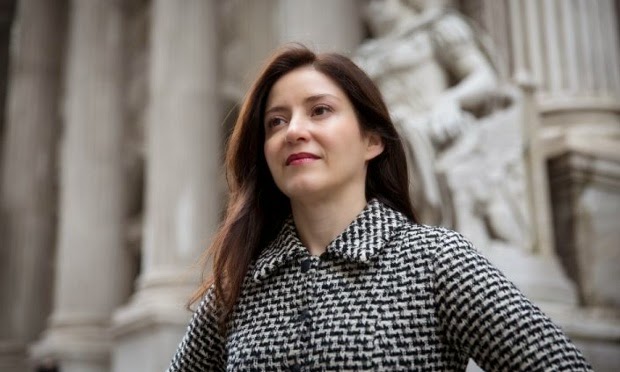 
Segarra, a former employee of the New York Federal Reserve, was fired after she refused to tone down a scathing report on conflicts of interest within Goldman Sachs. She sued the Fed over her sacking but the case was dismissed by a judge without ruling on the merits because, he said, the facts didn’t comply with the statute under which she had filed. Segarra is now appealing.

Before she left she secretly recorded her bosses and colleagues, exposing their “culture of fear” and servility when dealing with the very banks they were supposed to be regulating. The Fed is the government agency charged with overseeing the financial sector – a task it singularly failed to achieve in the run-up to the recent financial crisis. What emerges from Segarra’s tapes – released by the investigative website ProPublica – is a supine watchdog wilfully baring its gums before a known burglar so that he may go about his business unperturbed.

I listened to This American Life's program on The Secret Recordings of Carmen Segarra.


Ira introduces Carmen Segarra, a bank examiner for the Federal Reserve in New York who, in 2012, started secretly recording as she and her colleagues went about regulating one of the most powerful financial institutions in the country. This was during a time when the New York Fed was trying to become a stronger regulator, so that it wouldn't fail to miss another financial crisis like it did with the meltdown in 2008. As part of that effort to reform, the Fed had commissioned a highly confidential report, written by Columbia professor David Beim, that identified why the regulator failed in the years leading up to the crisis. Beim laid out specific recommendations for how the Fed could fix its problems. Carmen's recordings allow us to see if the Fed successfully heeded those recommendations more than two years later. What we hear is not reassuring.

It's a powerful indictment of the current system of fake oversight of financial institutions.  I highly recommend it.  You can listen at the NPR link, or download the podcast to CD to play while driving your car.