BP fine for Gulf of Mexico spill is lowered 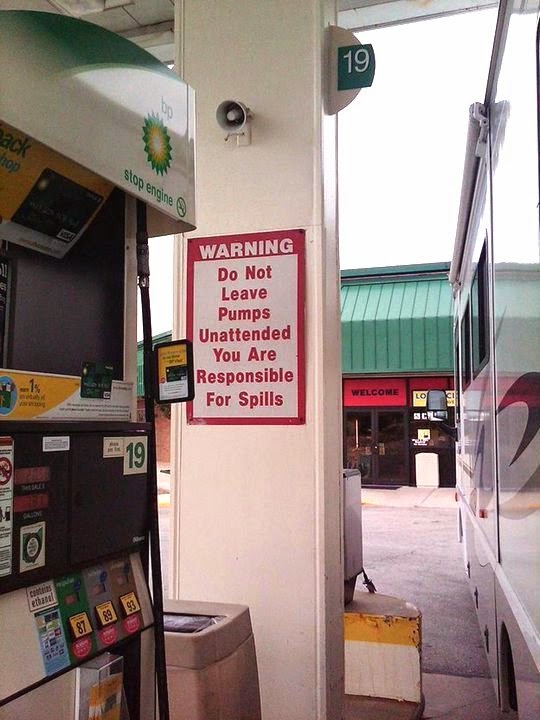 
BP will face a maximum fine of $13.7bn under the Clean Water Act for its Gulf of Mexico oil spill in 2010, several billion less than feared.

Federal magistrate Carl Barbier ruled on Thursday that the size of the spill from the Deepwater Horizon drilling rig, the worst offshore spill in US history, was smaller than the government had claimed.

He said that it amounted to 3.19m barrels, well below the government’s estimate of 4.09m barrels, which could have led to penalties of up to $17.6bn...

The Clean Water Act penalties would come on top of more than $42bn the oil major has set aside or spent for clean-up, compensation and fines.

Somewhat ironic photo via imgur (though note the sign would have been put up by the franchisee, not the oil company).