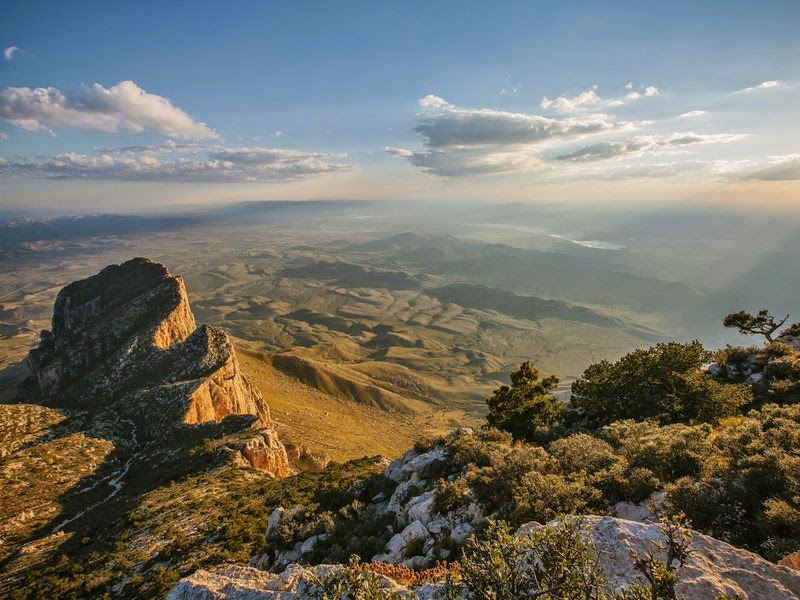 Somewhere this past week (I've lost the link), I saw a comment by ?Bill Nye.  When asked why some people fail to believe in the concept of evolution, he said the fundamental thing they failed to grasp was the concept of "deep time" (geologic time scales).

Changes of adaptations that appear impossibly complicated (or illogically perfect) become understandable if/when one considers that the change has happened over the course of, say, 200 million years.

I encountered an example of the importance of "deep time" while reading an article in Smithsonian magazine yesterday:

The rock beneath me, which looks almost white in the glare of the sun, is full of fossils. Zillions of them. Back when these life-forms were alive—265 million years ago or so—the Guadalupe Mountains were underwater, part of a flourishing reef that once stretched about 400 miles around the edge of a long-vanished sea.

Reefs are a fascinating fusion of biology and geology. They are, after all, made of stone—but built by life. Moreover, although the individual life-forms involved are typically tiny, the results of their activities can be gigantic, resulting in a massive transformation of the landscape. As usual, Charles Darwin put it better than anyone. Writing about corals, he said: “We feel surprise when travellers tell us of the vast dimensions of the Pyramids and other great ruins, but how utterly insignificant are the greatest of these, when compared to these mountains of stone accumulated by the agency of various minute and tender animals!”

Mountains built by life. Literally. To give a couple of examples, the volume of coral built up on the Enewetak Atoll in the Marshall Islands is around 250 cubic miles. This is equivalent to building the Great Pyramid of Giza more than 416,000 times. And that’s just one atoll: The Earth has scores. The Great Barrier Reef, which runs for more than 1,800 miles along the northeastern coast of Australia, comprises about 3,000 reefs and 900 islands. It is the largest structure built by living beings in the modern world.

Lots more at the link.