Movies are dominated by orange and blue 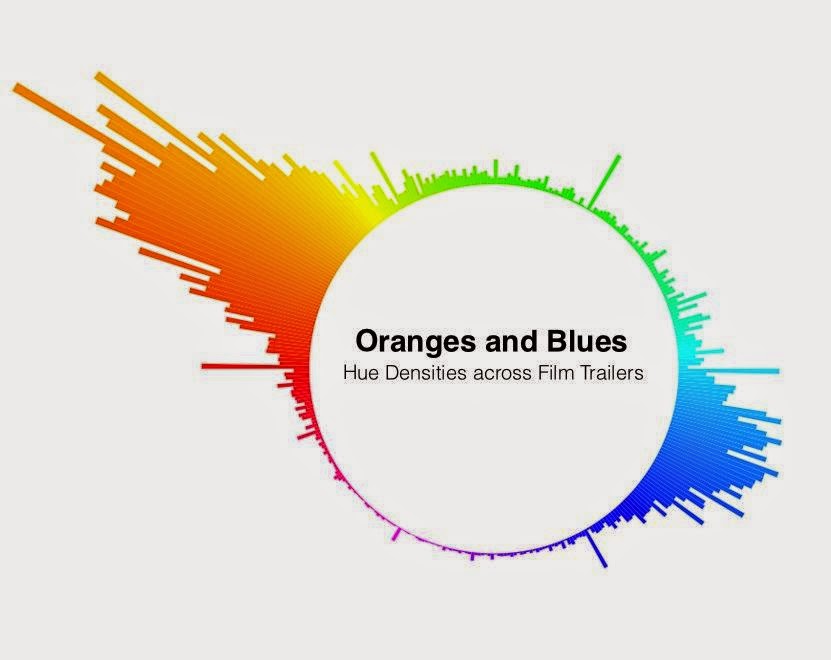 Several years ago as my wife and I were watching the early seasons of Mad Men, we noticed that the color scheme included a lot of orange (for furniture, walls and other decor).  This week I found an article in Priceonomics that discusses the dominance of orange and blue in movies.


Maybe you haven’t noticed, but in the past 20-or-so years there’s been a real catchy trend in major Hollywood movies to constrain the palette to orange and blue. The color scheme, also known as “orange and teal” or “amber and teal” is the scourge of film critics – one of whom calls this era of cinema a “dark age.”

Lots of photos and discussion at the link, but the TL;DR is expressed in this comment at Into The Abyss:


You see, flesh tones exist mostly in the orange range and when you look to the opposite end of the color wheel from that, where does one land? Why looky here, we have our old friend Mr. Teal. And anyone who has ever taken color theory 101 knows that if you take two complementary colors and put them next to each other, they will "pop", and sometimes even vibrate. So, since people (flesh-tones) exist in almost every frame of every movie ever made, what could be better than applying complementary color theory to make people seem to "pop" from the background.