Did a Darwin Award applicant pass through the propellor arc of this aircraft ??

This [very] amateur footage of a serious Runway Incursion on a rural airstrip in Alaska shows our Fairchild C119 FlyingBoxcar taking off on a runway that is too short and too soft on a ferry flight. The plane had forced-landed there years ago to begin with...So this was the first takeoff after the plane had sat there for more than 13 years being vandalized etc. We had changed out one engine, windows and ball bearings and worked on it straight for over half a year. We have been given 7 videos of this takeoff by the locals and the FAA used the footage to teach about the feared "runway incursions". We have it on tape how our pilot preaches from the cockpit window to the assembled villagers that he will use every inch of available runway and THEN SOME beyond that, nevertheless we had a father and son standing in the way of the plane plus two others while a village schoolteacher and professional pilot was arguing with them about getting off the runway...Quite amazing, as said we have 7 camerapositions...Nobody died but the son did actually go through the Prop arc and had the luck to pass through the blades with no harm to him. R3350's run 2950 RPM on takeoff and the reduction gear reduces Prop RPM and at 94 knots it was some space between the 4 blades of the Prop. "

This video link was sent to me by my brother-in-law, who is an air traffic controller.  In the YouTube comment thread the OP responds to a question as to whether someone actually did "go through" the propellors:


From the 6 camera-positions & videotapes, as well as the still photos, That is what we have concluded, there is no other possibility. The 7th tape, being from the camera that the Kid held while he went through the prop-arc, I have never seen. Many people that saw it told me about it, there was no doubt !﻿

160 passes per second in a plane moving forward 158 fps would give a space of about 1 foot for the head to pass through.    The person who pulled this stunt probably had a small head to begin with. 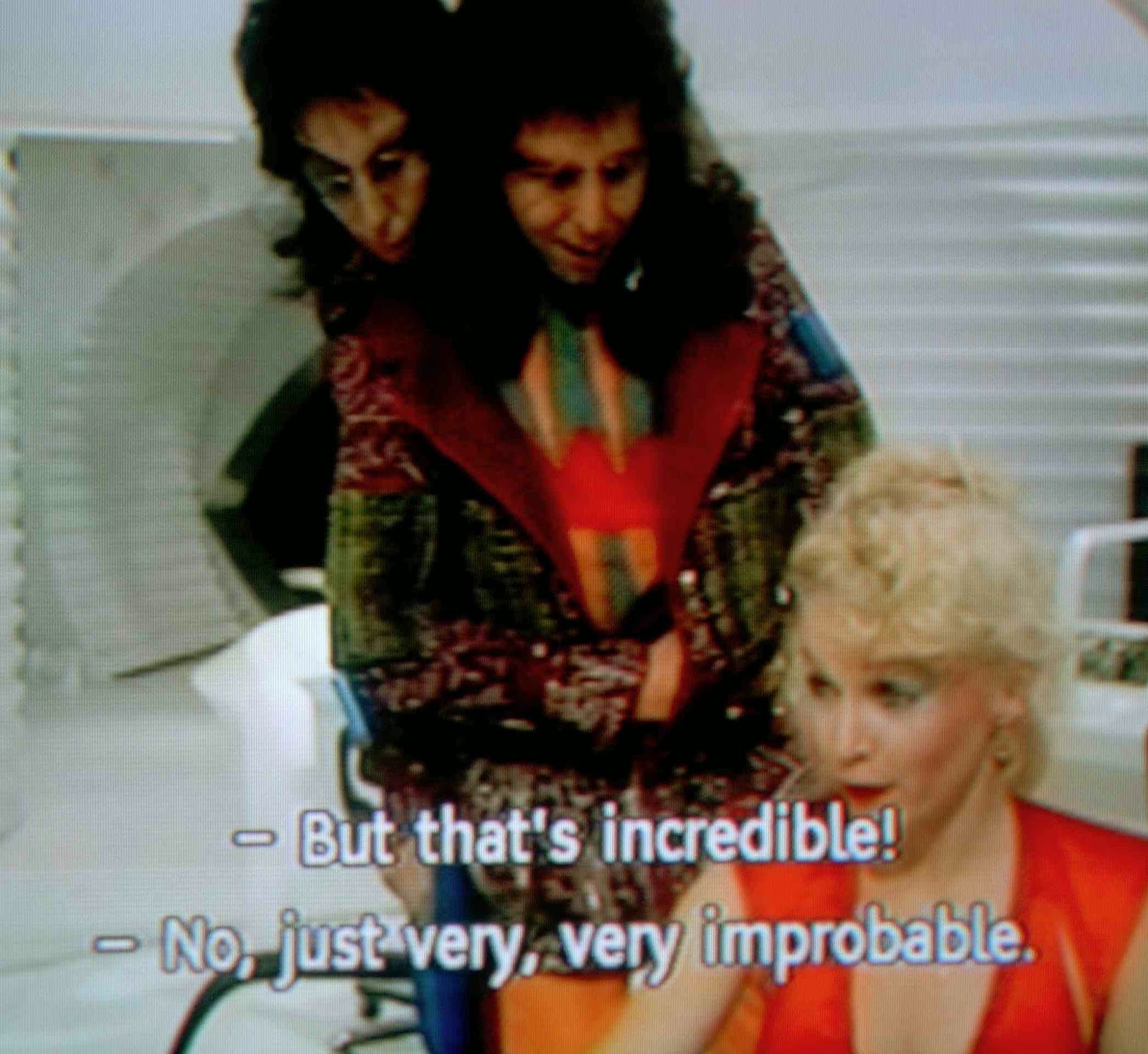 A standard, unquestioned rule of airport safety is that nobody should walk through the propellor arc - even if the engine is turned off.


If you never walk through a stationary prop arc due to a conscious decision to avoid it, when you hurry across the flight deck it is less likely that you will walk through a turning prop arc.  FACT: People who have been killed by prop arcs were familiar with the aircraft and flight deck around them, but a momentary lapse of concentration caused them to stray into a turning propeller.

I suppose there is one possible lesson to be learned here.  If one finds oneself in a real-life action-movie scenario with a propellor blade coming toward you, and if there is no way to stop it and no way to avoid it and a physical encounter is unavoidable, then one's chances are statistically improved by rushing toward the spinning blades as fast as possible.