American schoolchildren advised to arm themselves. With cans of soup. 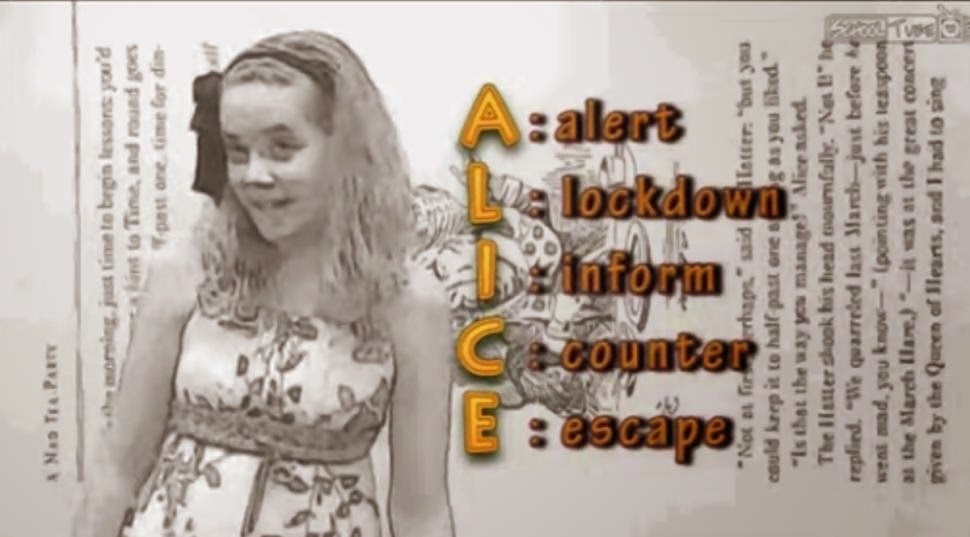 This is not from the Onion; it's reported this week in The Telegraph:

Children in the US have been told to bring cans of soup to school to use as a weapon in the event of a school shooting. 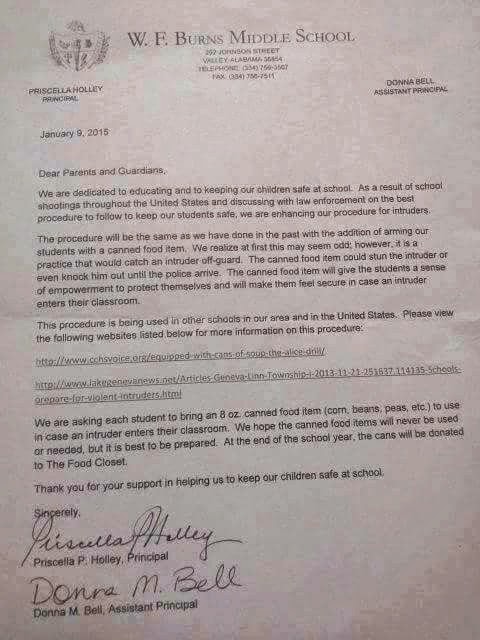 The strange request was made by a secondary school in Alabama, which said the cans could be used to "stun the intruder or even knock him out until the police arrive". Parents at the WF Burns Middle School received a letter saying the school was "arming our students with a canned food item" in response to "school shootings throughout the United States".

"We realise at first this may seem odd, however, it is a practice that would catch an intruder off-guard. The canned food item could stun the intruder or even knock him out until police arrive," read the letter [embedded at right].

"The canned good item will give the students a sense of empowerment to protect themselves and will make them feel secure in case an intruder enters their classroom."

The letter explains that this procedure was developed based on research done on the internet (links provided).

The broader context is that this is part of an A. L. I. C. E. program (Alert, Lockdown, Inform, Counter, Evacuate) designed to teach students what to do in the event of an invasion by a shooter.  Similar programs have noted that soup cans are not de rigueur: staplers, shoes, books, binders, lab beakers, chairs and music stands are all acceptable projectiles.


"When setting up an edible arsenal, one must first compare the relative densities of various canned foods. Eight tall ounces of pineapple juice is fine for a teacher to handle, but eight ounces of heavy corn syrup is the perfect size for preteen fists and packs equal wallop"

and by Townhall on the right -


It’s preposterous. Why not arm and train faculty and staff? Or bring in armed guards as the NRA advocated long ago?

Of course, if it's being mocked by the left and the right... perhaps the canned soup is the best middle ground.  Hmmm....

We should note before closing that the canned soup is to be stored at the school in locked cabinets to prevent, you know...