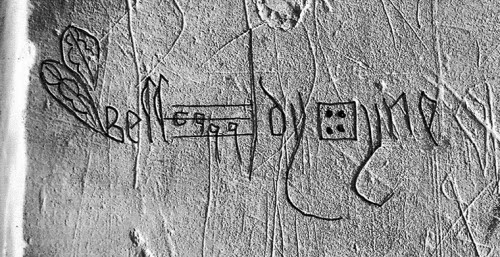 * the explication there says that "cater" was the term used for a die - but I think "cater" refers just to the 4-spot on a die ("the terms ace, deuce, trey, cater, cinque and sice have been made obsolete by one to six...")  Anyone know for sure?  Never mind - I found it:


The full set of numbers for the six sides of a die are ace, deuce, trey, cater, cinque, sice. They are from Old French (cf un, deux, trois, quatre, cinq, six of modern French). Ace is originally from the Latin for 'unit'.