If "deep time" challenges our comprehension of time, then "deep space" is its counterpart on a spatial scale.  I covered this topic briefly about five years ago by showing the Hubble Ultra-Deep Field photo. 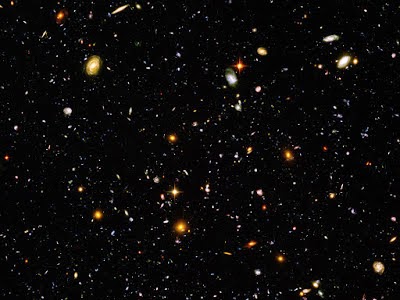 This is called the Hubble Ultra Deep Field. Starting in late 2003, astronomers pointed Hubble at a tiny, relatively empty part of our sky (only a few stars from the Milky Way visible), and created an exposure nearly 12 days long over a four-month period. The result is this amazing image, looking back through time at thousands of galaxies that range from 1 to 13 billion light-years away from Earth. Some 10,000 galaxies were observed in this tiny patch of sky (a tenth the size of the full moon) - each galaxy a home to billions of stars.

NASA has just released a newer image, though not of "deep space" per se.   It is a 1.5 billion pixel image of just a small portion of one galaxy.  I invite you to view the video at the top - at fullscreen settings - while contemplating that each one of those dots is a sun (or a collection of suns).   By the end of the panning in the video, one winds up at the galactic center where the number of suns are so great that the light is confluent.  Followed by the "gotcha" moment of the final pullback to show that you're not looking at the Milky Way - merely one component of it.

There is some discussion at SlashGear. 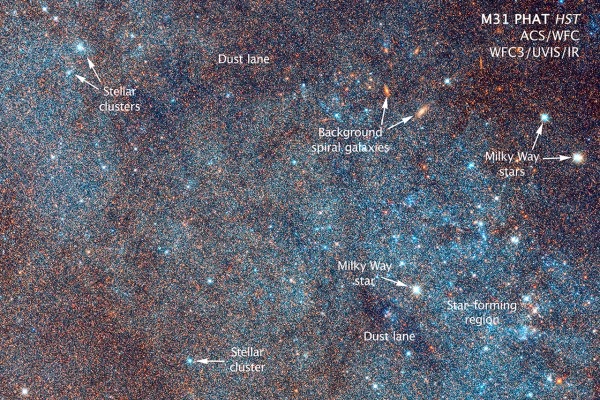 But reading about it is I think less important than just contemplating the image in the video and its implications.