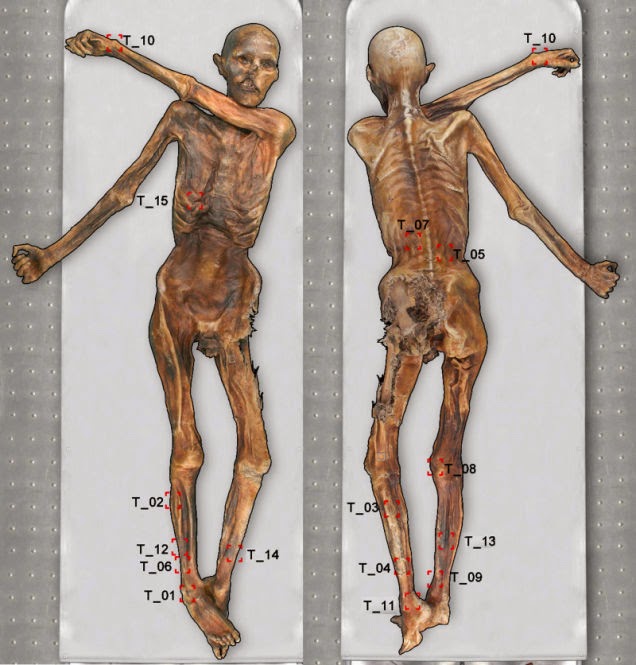 The existence of the tattoos on an ice age man is not particularly surprising, nor are they artistically interesting - 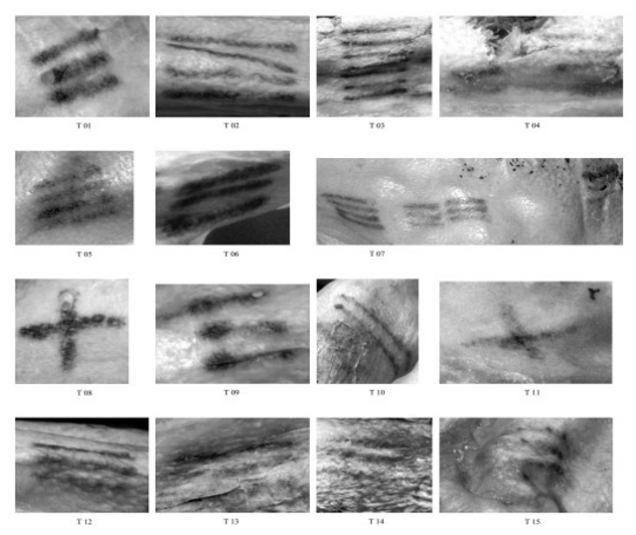 - but their distribution, as reported in an io9 article, is fascinating:


On account of the various locations of the tattoos, some researchers suspected that the marks were part of some therapeutic medical treatment, a kind of acupuncture to relieve pain in the joints.

The article notes that the tats were created not with a needle, but by making a laceration and then rubbing charcoal into it.

In 2011 I wrote a post entitled The Face of Ötzi the Iceman regarding a recently-completed forensic reconstruction.  At that time reader Judyofthewoods offered the opinion that these tattoos marked acupuncture or acupressure points.  She offered a link to a relevant article in Acupuncure Today:


Experts from three acupuncture societies then examined the locations of the tattoos. In their opinion, nine tattoos could be identified as being located directly on, or within six millimeters of, traditional acupuncture points. Two more were located on an acupuncture meridian. One tattoo was used as a local point. The remaining three tattoos were situated between 6-13mm from the closest acupuncture point.