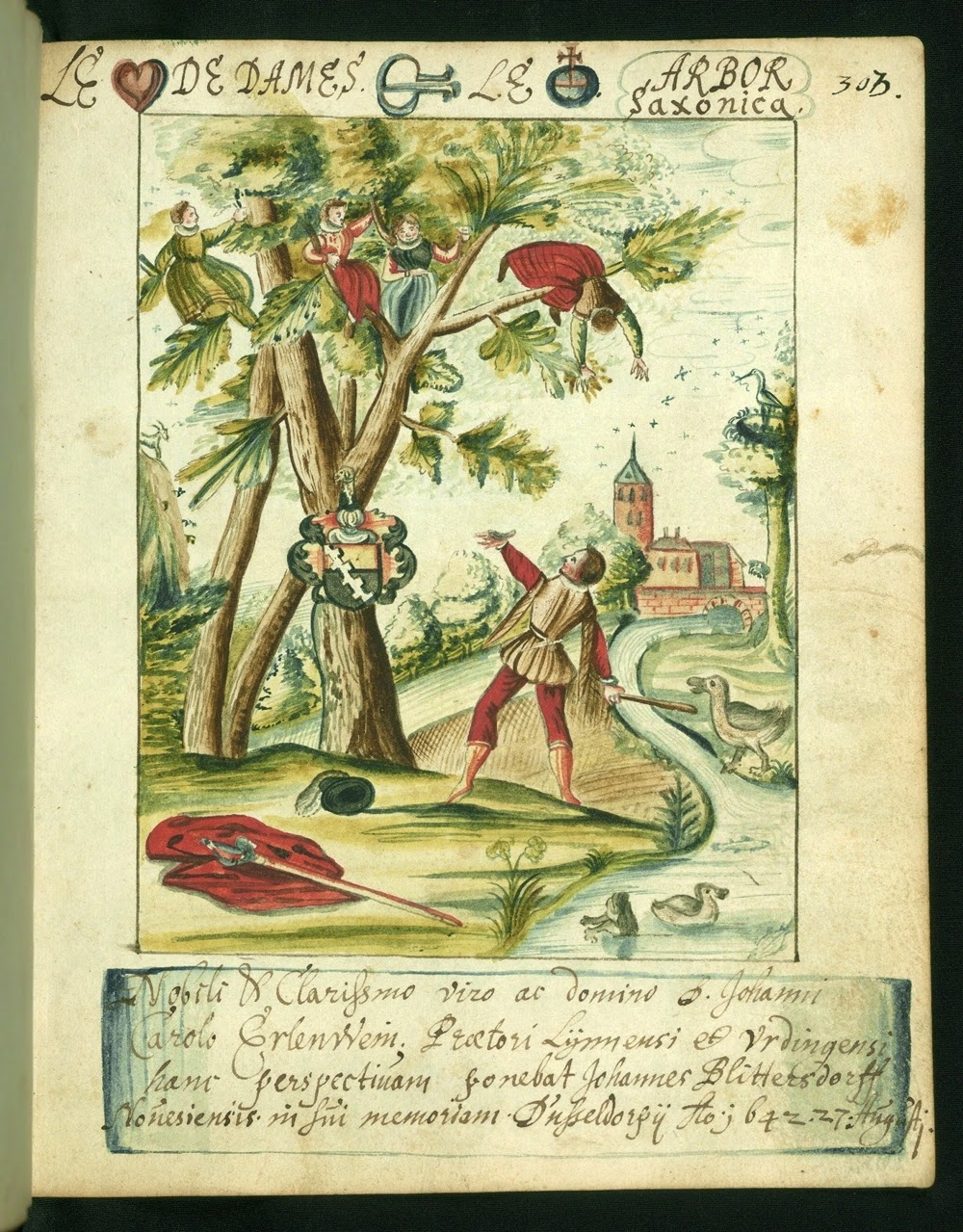 Solving the rebus at the top of this illustration in a 17th-century book requires understanding the meaning of the key-like item after the word "dames."


It actually most closely resembles a jaw harp, a small instrument played with the mouth that produces a distinctive twanging sound. The possibility that this is the intended meaning of the symbol at first seems untenable, as it does not appear to fit the phrase in any logical way. Inserting the common French term for the instrument, guimbarde, gives us nothing, as does the German term maultrommel. However, discovering earlier French names for it, jeu-trompe and trompe de Béarn, suddenly supplies the image with a double entendre. If the word “trompe” is inserted in the phrase, an unexpectedly negative phrase emerges: “Le coeur de dames trompe le monde”, or “The hearts of women deceive the world”. There is little doubt that this is the correct interpretation, as it is a known proverb. The phrase in fact appeared on the Queen of Hearts in a playing card ca. 1500. Yet while this mystery is solved, the question of how it relates to, and informs the image above, is just as cryptic.


The Jew's harp, also known as the jaw harp, mouth harp, Ozark harp, trump, or juice harp, is a lamellophone instrument, which is in the category of plucked idiophones: it consists of a flexible metal or bamboo tongue or reed attached to a frame. The tongue/reed is placed in the performer's mouth and plucked with the finger to produce a note. This instrument is considered to be one of the oldest musical instruments in the world; a musician apparently playing it can be seen in a Chinese drawing from the 4th century BC.

Despite its common English name, and the sometimes used Jew's trump, it has no particular connection with Jews or Judaism...

The instrument is known in many different cultures by many different names. The common English name "Jew's harp" is sometimes considered controversial or potentially misleading, and is thus avoided by a few speakers or manufacturers... Other speakers believe the avoidance of the term to be offensive and deliberately use the term so as not to cause offense. Another name used to identify the instrument, especially in scholarly literature, is the older English trump, while guimbarde, the French word for the instrument, can be found in unabridged dictionaries and is featured in recent revival efforts.