Selections from The Manhattan Project:


"The three principal Manhattan Project sites were "secret cities" where 125,000 people worked and lived and were not on any maps during World War II.  These sites were established in remote areas across the country, nestled in the wooded hillls along the Clinch River in eastern Tennessee, on the high desert beside the Columbia River in eastern Washington State, and on an isolated mesa above the Rio Grande in northern New
Mexico. 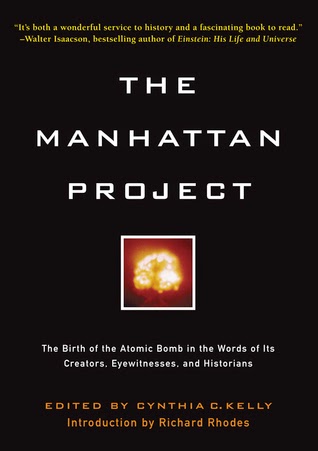 Secrecy was paramount and the sites were referred to only by their code names, "X," "Y," and "Z."  Employees were issued badges, and driver's licenses had numbers without any names.  The five thousand residents at Los Alamos shared the same address: P.O. Box 1663 in Santa Fe, making Sears and Roebuck sales clerks extremely curious when they received orders for more than a dozen baby bassinets to be delivered to the same address..." (p. 155)

An incident at the Metallurgical Laboratory at the University of Chicago:


"[the Coca-Cola machine] was a style of machine that dropped a paper cup, which was then filled with carbonated water and Coca-Cola syrup.  The man who came to service the machine at our lunch time forgot to bring his hose for filling the syrup reservoir.  He walked into the neighboring laboratory where wet chemistry was being performed and borrowed a rubber hose from an aspirator, filled the reservoir with the syrup, returned the hose and left.  Some time after lunch a technician was carrying an alpha counter and noticed that the meter went off the scale as he passed the Coke machine.  By the next day, the Coke machine was replaced with one that dispensed bottles rather than liquids.  We never did know how many, if any, employees drank the radioactive Coca-Cola."

Additional information and reviews of this interesting book are available at Goodreads.