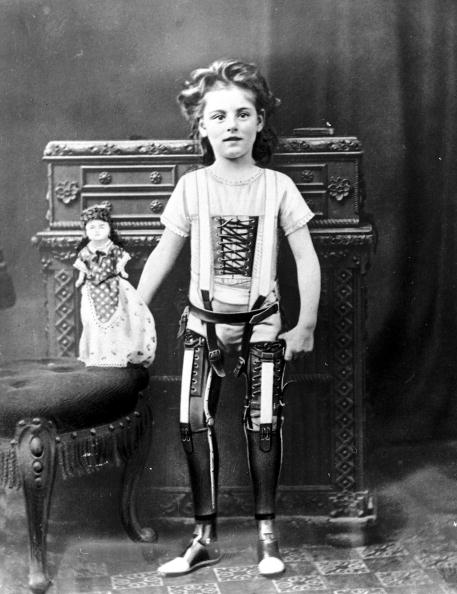 Studio photograph of a young girl wearing a pair of artificial legs. The legs were manufactured by James Gillingham (1839-1924), a boot- and shoemaker based in Chard, Somerset. Gillingham first started making artificial limbs after a local man lost an arm firing a cannon for a celebratory salute in 1863. He then began making prostheses on a permanent basis and Chard eventually became a major centre of the British artificial limb industry.

I can't help but wonder what her life must have been like.

From Science and Society Picture Library.