Variations of the porter's chair 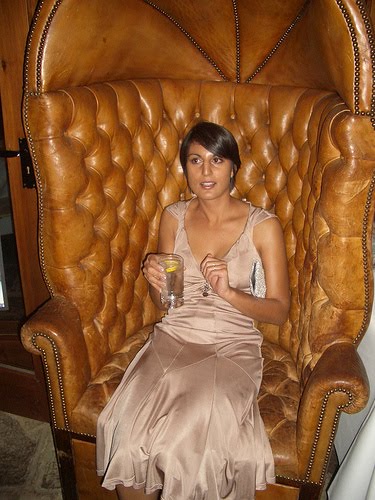 Marinni's LiveJournal blog contains some truly impressive compilations of photos; one post last month covered the topic of porter's chairs.  Here are a half-dozen examples from her assemblage of over a hundred photos of chairs and their portrayal in paintings.

The conventional style of a porter's chair is to have wings on the sides and a canopy top, as shown above or in this Louis XVI example: 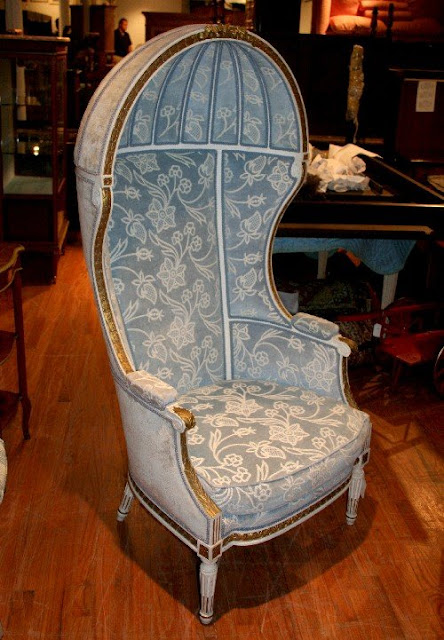 The style reportedly originated in medieval England or northern Europe, for use by the porter of the house, who would sit near the front door to greet visitors.  The lateral wings supposedly protected the porter from drafts.  Some versions had a lateral apparatus where the porter could place his lantern. 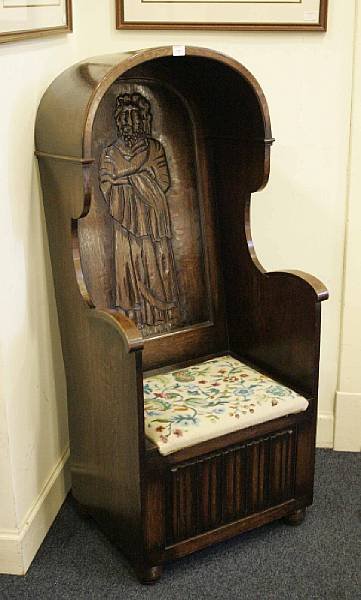 Some of chairs (perhaps the carved oak one above, certainly the one below, had a drawer beneath the seat into which could be placed a heating element such as coals or perhaps a warming iron. 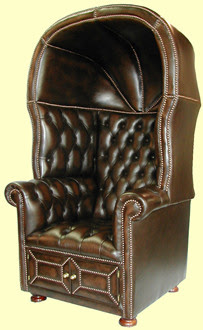 Here is a Regency period example: 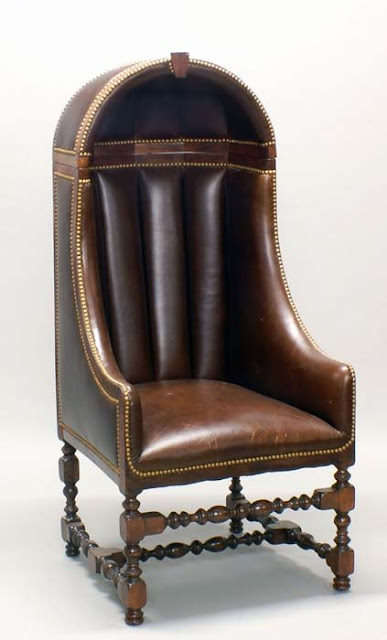 Later versions came with removable tops - which begs the question as to why a top was needed in the first place. 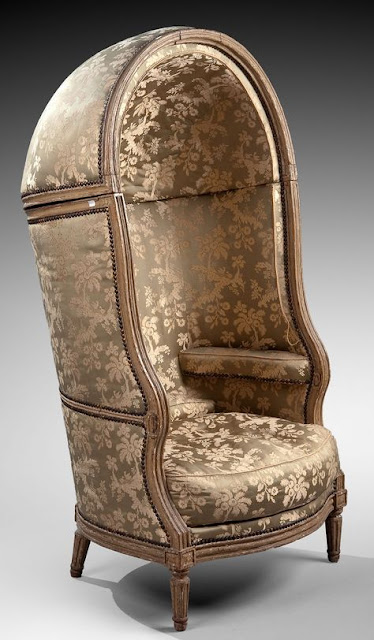 The latest incarnations are wicker or cane garden and beach chairs, where the top now may offer some sunblocker effect - 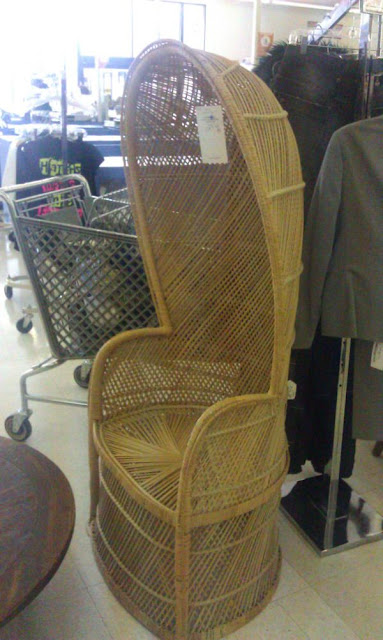 - and the latticework sides provide only a partial windblocking effect.

Very interesting.  You learn something every day.

Photo credits at the bottom of the source link.