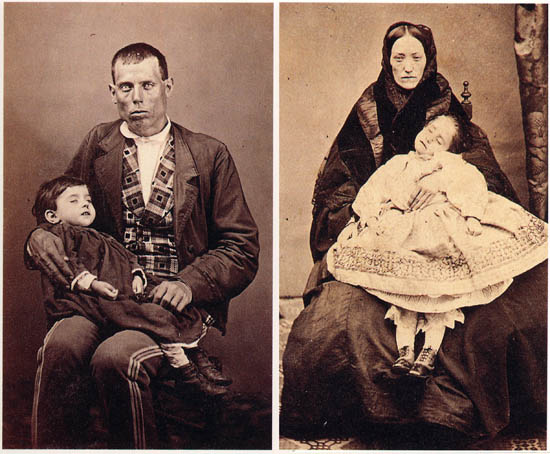 Two years ago I wrote several posts about the Victorian-era custom of photographing children shortly after their death (enter "postmortem" in the search box in the right sidebar).  This week Poemas del rio Wang has a marvelous assemblage of such photos, ranging from early daguerrotypes to the modern era.


The first known Spanish daguerrotype was taken on 18 november 1839, and this was also the first known photo of Madrid. However, the most common photographic genre from the beginning was the portrait, with a strongly Spanish peculiarity since the very first Spanish plates, which would continue with the glass negatives and photo prints as well: the photo portraits of dead children...

In Spain, the first professional daguerrotypists announced their services, such as Mattey did in the 3 April 1856 edition of Diario de Barcelona, offering to “go to the home of the deceased persons to take their photographic portraits, imbued with the expression of life and in the desired position”. 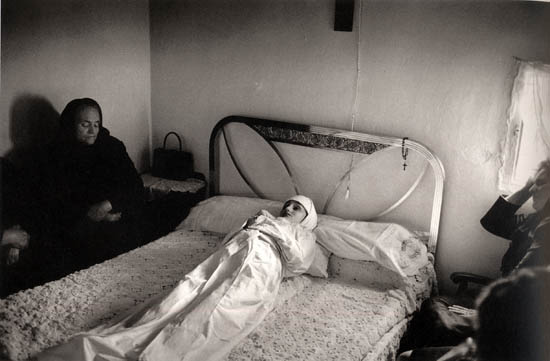 To the modern eye, these may seem morbid, but for many families this was the best way to preserve a memory of a beloved child.

The post at Poemas del rio Wang has additional examples, as well as forensic, artistic, and news photos of the dead.

Addendum:  There's another gallery of photos at AcidCow, via Whatever Was I Thinking?