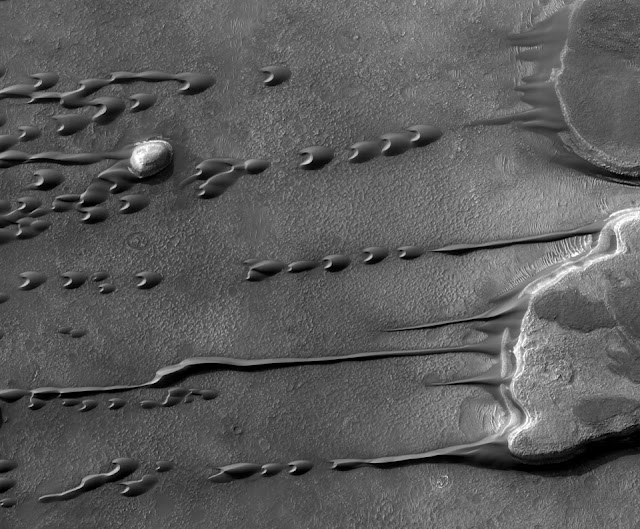 This photo of sand dunes on Mars was posted at NASA's Astronomy Photo of the Day:


Visible on the above image right are two flat top mesas in southern Mars when the season was changing from Spring to Summer. A light dome topped hill is also visible on the far left of the image. As winds blow from right to left, flowing sand on and around the hills leaves picturesque streaks. The dark arc-shaped droplets of fine sand are called barchans, and are the interplanetary cousins of similar Earth-based sand forms.

You can search some similar pictures from earth dunes, but what I thought was more interesting when I searched was that the snow equivalents also have a name: sastrugi (or zastrugi): 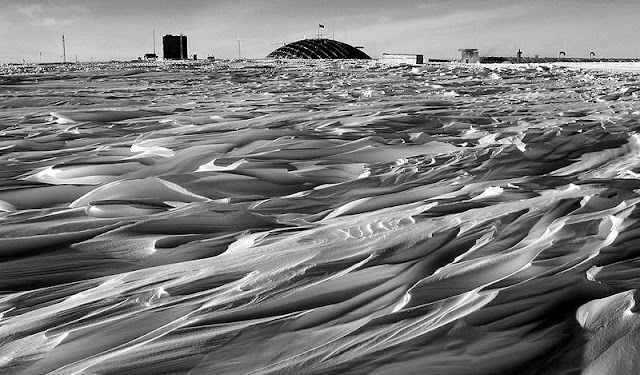 The photo is from the South Pole (via The Big Picture), but could just as well be Minnesota.

Both words are apparently of Russian derivation.  Barchan is also listed as being Turkic or Kazakh, and sastruga is via a German transliteration of the Russian.