Ever wondered what's inside cargo containers?

You may or may not want to read the article at Wired which starts out like this...


In Italy, all cargo containers carrying scrap metal get checked for radiation, by hand, before they’re allowed off the docks. At Voltri, this job falls to Montagna, a 49-year-old independent consultant certified as an expert in radiation detection by the Italian government. By the time he arrived that morning, longshoremen had gathered eleven 20-foot-long, 8-foot-wide containers from across the terminal, relying on manifests to determine which ones needed to be scanned. The boxes were lined up in two neat rows near the terminal’s entrance... 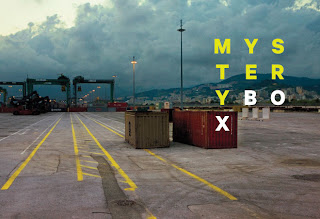 Montagna, dressed in a polo shirt, jeans, and an orange safety vest, grabbed his radiation monitor — a tan Ludlum Model 3 about the size of a toaster. He plugged in a heavy sensor wand and set the device on the ground 20 yards away from the containers. The Model 3 emits a high-pitched beep every time it detects a radioactive particle; Montagna turned it on, and the meter’s needle swung hard to the right, burying itself past the maximum reading of 500,000 counts per minute. Instead of its usual staccato chirps, the machine was whining continuously and frantically...

As he stood in the morning sun listening to that sound, Montagna realized that one of the containers in front of him held a lethal secret. But was that secret merely a slow-motion radioactive industrial accident — or a bomb, one that could decimate the Italian city’s entire 15-mile waterfront? Montagna ran back to his car to get a less sensitive detector. He didn’t give much thought to protection; at those radiation levels, he would have needed lead armor 5 inches thick to stand within a couple of feet of the source for very long. Montagna took the new meter and walked up to the sealed boxes, circling each one in turn. Halfway down the second row, a crimson 20-footer with “TGHU 307703 0 22G1" emblazoned in white on its side jerked the dials. As he passed a few feet from the box’s left side, Montagna was absorbing radiation equivalent to six chest x-rays per minute...

Note that they only check the containers whose manifests mention scrap metal.  If you finish reading the story at Wired, you may be interested in relevant prior posts here, here, and here.