First Monarch eggs of the year 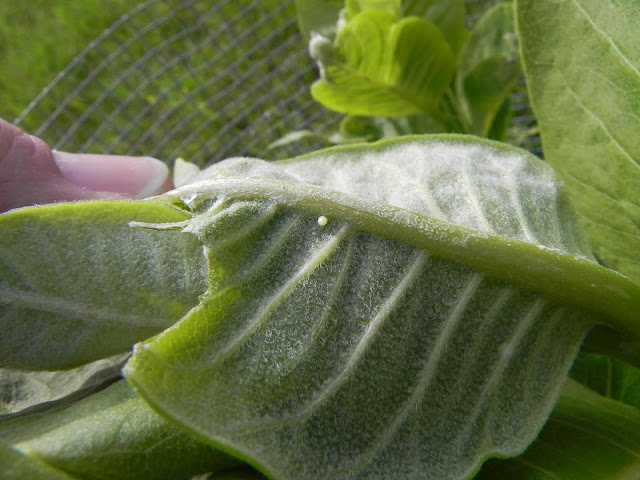 I had finished running errands and was standing in the front yard when a Monarch arrived.  All butterfly events are occurring much earlier this year than ever before.  In 2008 I blogged the first Monarch egg on June 10.  In 2010 I wrote up the event on May 23.  This year it was May 7.  But the milkweeds had sprouted weeks earlier than ever before, so she was where she needed to be.

I watched as she oviposited on a rabbit-browsed milkweed leaf, then clipped off the leaf and took it into the house, announcing to my wife that I had a pleasant surprise for her.  She replied that she had a surprise for me - 15 more eggs that she had found scattered on various milkweeds in the yard and garden.

During the next four days we harvested about 70 eggs, and we expect to see some first instars emerging in another day or two.