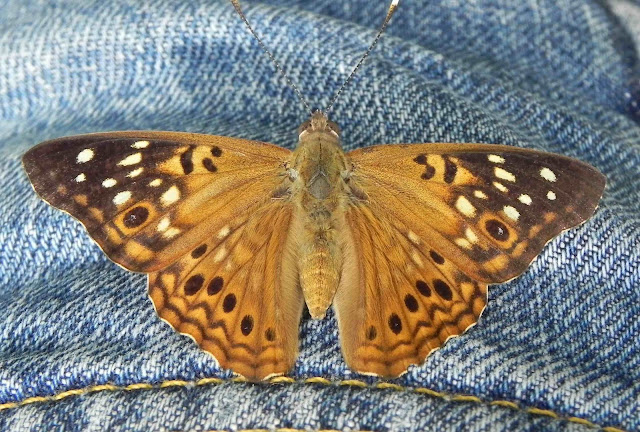 
Almost three quarters of UK butterfly species have declined in abundance over the past decade. According to a study compiled by Butterfly Conservation and the Centre for Ecology and Hydrology (CEH), even common species have seen a fall of 24%.

It found that 72% of species had declined in abundance and that the distribution of 54% had been reduced. Researchers say the loss of suitable habitats is thought to be the main reason for the declines.

The photos are of Wisconsin butterflies, which may well be declining, but are not endangered.  A Hackberry emperor at the top, and a Common checkered-skipper below. 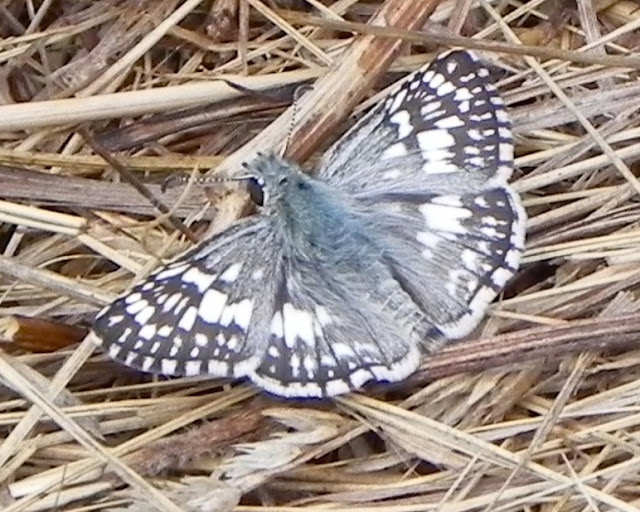