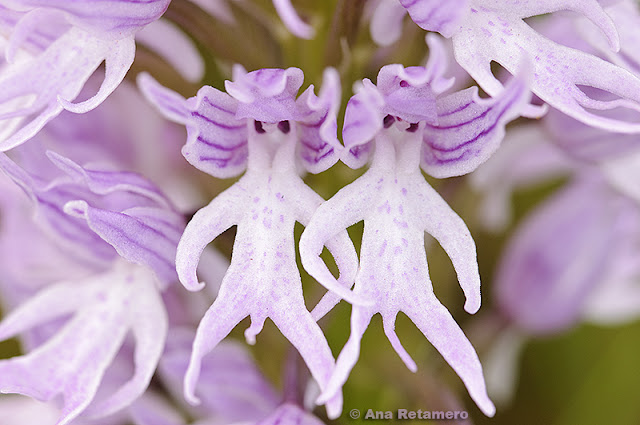 Orchids photographed by Ana Retamero Olmos.  A winning entry in the GDT- European Wildlife Photographer of the Year 2011 competition.


These two little pink men arm in arm are actually the flower heads of the Mediterranean orchid Orchis italica. The English name "naked man orchid" describes the shapes of the blossoms very well indeed. After I took some photographs of the whole plant, I kept going into more and more detail until I finally found these two blossoms. I placed them in the centre and tried to arrange the surrounding flowers in a way that would make them appear like mythical creatures flying around the pair.

From the photographer's blog.  Other winning entries in the competition.