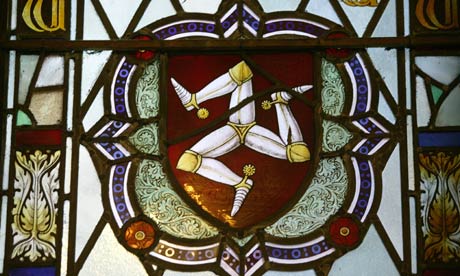 1. In the year 1911
1. What disaster befell the Asch building ?
2. What was removed from the Salon Carré ?
3. Whose stencilled letters included A, B, C, D, O & L?
4. Where were the twin clocks started at George’s crowning moment ?
5. Who wrote of a multitalented peer and the Warden’s grand-daughter ?
6. Who explained how the squaws caused pallor in the Jesuit Preachers ?
7. Who shot to fame during a performance of the Tale of Tsar Sultan ?
8. Who took pole position ahead of British opposition ?
9. Who silently portrayed Marguerite Gauthier ?
10. Who agreed to receive £400 per annum ?

3.
1. Who found a cut above in coping with melancholy ?
2. Which of Bolingbroke’s nephews was the celebrated patron of early exploration ?
3. Who wrote about a harpsichordist and a pioneer aviator and won gold in Stockholm ?
4. Who, by virtue of his marriage, was required to expel all Jews who failed to convert to ‘New Christians’ ?
5. Who allied his army with that of the deposed Sultan, but died in his attempt to conquer the Moorish infidels ?
6. Which theologian, although numerically misplaced, was an authority on both ophthalmology and gynaecology ?
7. Who had the captain of the Concepción decapitated, then drawn and quartered, for mutiny at Puerto San Julian ?
8. Whose support of Pedro in his tussle with his brother necessitated escape in a wine barrel ?
9. Who, as Queen dowager of one country, became regent in the country of her birth ?
10. Who disobeyed his Prime Minister and surrendered on 19 December ?

11.
1. Who took on three regencies ?
2. Which consort outlived the King by 61 years ?
3. Who steered behind the umbrella on Lake Maggiore ?
4. Who received details of the School of Pain from her invalid cousin ?
5. Whose love for one was like the foliage in the woods, but for the other resembled the eternal rocks beneath ?
6. Whose love letter included the words “I wode you war wythe me now that you mouthe se wat pane I take yn wruteg to you” ?
7. What request received the response “what, in the midst of the street?” ?
8. Whose canine collection included items about clouds and sky ?
9. Whose dancing is likened to a jelly on a plate ?
10. Who recently excluded obedience ?

17. Which character rhymed:
1. tussle and muscle ?
2. knowledge, he and apology ?
3. Chamberlain and moral stain ?
4. kindred soul and sausage-roll ?
5. everybody earns and income-tax returns ?
6. wrote of Queen Anne and Sodor and Am ?
7. Parliamentary hive and or Conservative ?
8. been acuter and simple pewter ?
9. lots o’news and hypoteneuse ?
10. Horace and Morris ?


As always, discerning the underlying "theme" of each set will help solve the more difficult ones.  Feel free to offer answers and ideas in the Comments, but unlike last week and unlike last year, I'm not going to be curating the comments - I have family matters to attend to instead.

Those who really enjoy the challenge of this quiz can find the full set of 180 questions at the website of King Williams College, along with the questions - and answers - from the four previous years.  Or you can view them in today's Guardian.


p.s. - Fletcher, if you're reading this, set #3 is perfect for you and the readers of your blog.
Photo:  stained glass window from KWC on the Isle of Man, credit Don McPhee, via The Guardian.