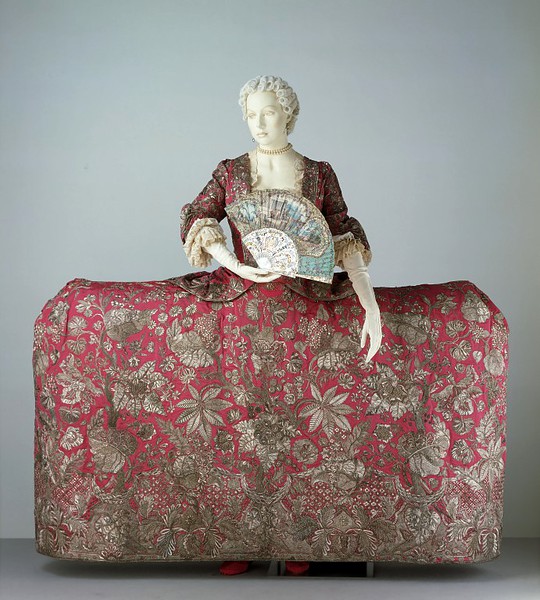 This is a magnificent example of English court dress of the mid-18th century. It would have been worn by a woman of aristocratic birth for court events involving the royal family. The style of this mantua was perfectly suited for maximum display of wealth and art; this example contains almost 10lb weight of silver thread worked in an elaborate 'Tree of Life' Design. The train is signed 'Rec'd of Mdme Leconte by me Magd. Giles'. The name Leconte has been associated with Huguenot embroideresses working in London between 1710 and 1746. The Huguenots were French Protestants who, following the repressive measures against them that the Catholic monarch Louis XIV of France restarted in 1685, emigrated to Britain and elsewhere.

From the collections of the Victoria and Albert (which also has a photo of the back and a closeup of the fabric), via OMG that dress!