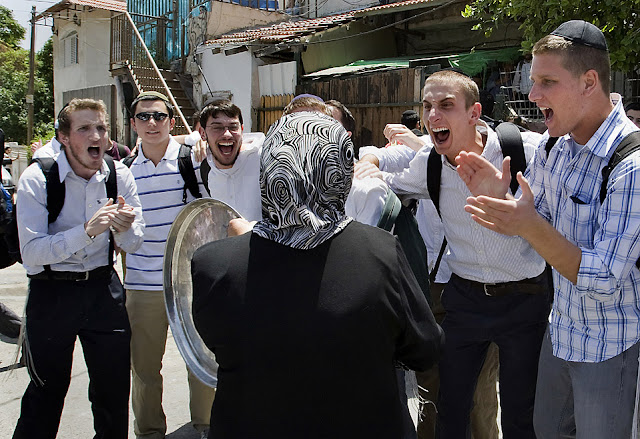 A Palestinian woman whose house has been occupied by Jewish settlers argued with Israelis who came to celebrate Jerusalem Day in the mainly Arab neighborhood of Sheikh Jarrah, East Jerusalem, Wednesday. (Ahmad Gharabli/Agence France-Presse/Getty Images)

Leaving aside the politics of the region for the moment (if that's possible), the behavior shown is egregiously improper.

Addendum:  I ran a Google Image check with calendric restrictions and found this same image posted on the internet as early as Dec 25, 2007.  I don't understand why the Wall Street Journal was recycling old material as one of their "pictures of the week" in 2010.

One of the Pictures of the Week in the Wall Street Journal, via Reddit.