Links for the weekend 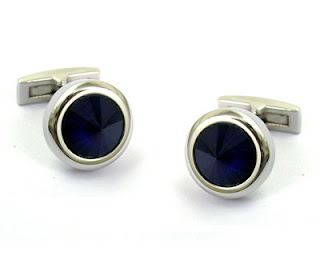 An history of the yellow first-down-line visible in televised football games, and a discussion of the complex technology involved.

Miami-Dade County bought some hybrid vehicles for the use of local government employees.  Three hundred of them, of which none have ever been used.

A man in Ohio tossed money toward a panhandler in a wheelchair near an intersection.  It landed on the ground.  He was arrested and fined $160 for littering.

"The phenomenon is called “SWATting,” because it can bring a SWAT team to your front door. SWATting is a particularly dangerous hoax in which a caller, generally a computer hacker, calls a police department to report a shooting at the home of his enemy. The caller will place this call to the police department’s business line, using Skype or a similar service, and hiding behind Internet proxies to make the call impossible to trace. Anxious police, believing they are responding to the home of an armed and dangerous man, show up at the front door pointing guns and screaming orders..."

Printer paper may be reusable if the ink can be removed with a laser.

"Morning-after" pills do not prevent fertilized eggs from implanting; they prevent eggs from becoming fertilized.  Therefore they should not be part of an abortion debate.

An orangutan was used as a sex slave in a Borneo brothel.

The well-known blog My First Dictionary has been terminated.  Its contents remain (at least for the moment) online.  The blogger has started a new one, entitled The Baby Died (true-life reports of gruesome accidents and deaths).

A hitchhiker writing a book about the "kindness of Americans" was injured reported that a man in a pickup truck drove up, shot him, and then drove off.  It was later discovered that the man had shot himself.

A lengthy article at ESPN presents (with some graphic details) a report on involuntary fecal accidents during high-performance athletic events.

A series of graphs purport to explain "what's wrong with America," particularly in terms of income inequality.

"Obamacare" succinctly summarized (with links to the details).

A remarkable fossil has been found that shows turtles in copulo ("the only example in the fossil record of vertebrates being preserved in the act of having sex").  A separate, but relevant article at Scientific American describes the "terrifying sex organs of male turtles."  And those of echidnas are even more bizarre.

A TSA agent opened a jar of cremains, spilled the contents on the floor, and laughed as the family member tried to scoop up the ashes.

A tumblr devoted entirely to ugly carpets in hotel hallways.

Schools in the state of Washington ban students from bringing sunscreen to school because it is deemed a type of "medication."  Some students have incurred significant sunburns as a result.  The teachers had sunscreen, but couldn't apply it to the students because of "liability issues."  Total administrative nonsense.

It is dangerous to eat live slugs because they carry the parasite for rat lungworm, which can be transmitted to humans.

Eighty Muslim scholars met to debate when life begins; results of the 1985 proceedings have just recently been published.

During a public demonstration of Microsoft's new "iPad killer" tablet computer, the device locked up.

Calendars can re reused if you know which years are the same as which other ones; the link has that information.  For 2012, you can use a calendar from 1984, 1956, or 1928.  Next year you'll have a choice of 12 old calendars, including the recent 2002 one.  But this year's calendar won't be reusable again until 2040.  (Addendum:  see also Kniffler's suggestion in the Comments).

A compilation of fireworks fails.

The story of a man who bowled a perfect game (300), followed by another one.  Then got a 299 in the third game.  An 899. "More than 95 million Americans go bowling, but, according to the United States Bowling Congress, there have been only 21 certified 900s since anyone started keeping track."