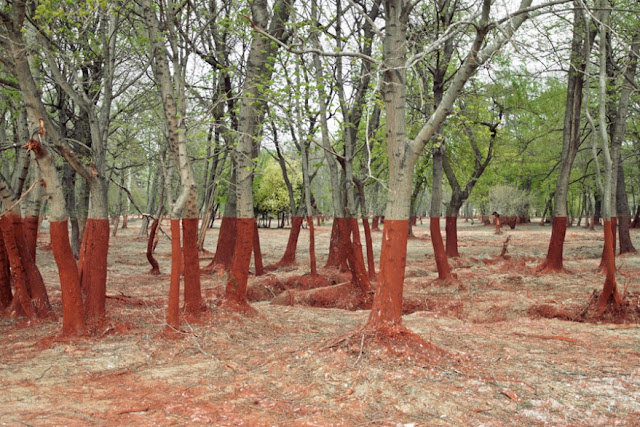 From a photoessay at American Photo:


[Palíndromo Mészáros'] work documents the aftermath of a 2010 toxic waste spill in Western Hungary, which killed nine people and forced the evacuation of thousands. The material, released from an aluminum factory, has left a permanent mark on the villages in its path. Mészáros made a pair of supervised visits to the site in order to document the effects of the spill...

According to the Wikipedia entry on the Ajka alumina plant accident, "The red mud involved in the accident is a waste product of the Bayer process, which refines bauxite into a form of aluminium oxide called alumina... Iron(III) oxide, the compound from which the red color originates, is the main component, but it also contains other compounds."

Posted primarily for the bizarre visual effect rather than for its relevance to the environment.