What the Donner party ate 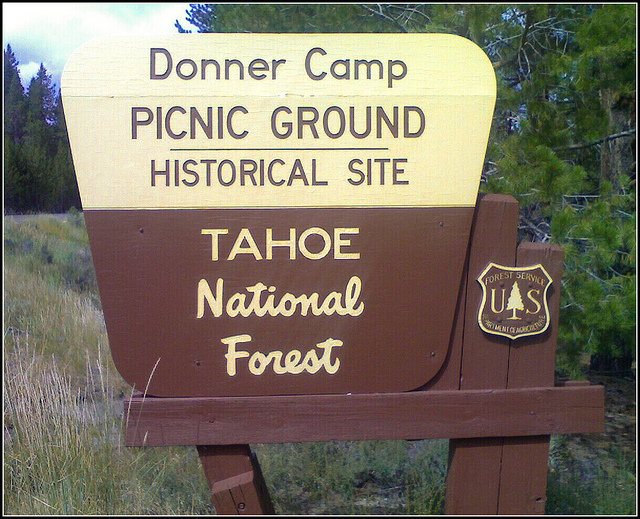 Excerpts from a column at Discovery News:


A new book analyzing one of the most spectacular tragedies in American history reveals what the 81 pioneers ate before resorting to eating each other in a desperate attempt to survive. On the menu: family pets, bones, twigs, a concoction described as "glue," strings and, eventually, human remains.

The book, "An Archaeology of Desperation: Exploring the Donner Party's Alder Creek Camp," centers on recent archaeological investigations at that campsite near Truckee, Calif., where one quarter of the 81 emigrants spent their nightmarish winter of 1846-47...

Co-editor Kelly Dixon, an associate professor in the Department of Anthropology at The University of Montana, told Discovery News that she and her colleagues "are emphasizing the fact that the historical and archaeological sources present a complicated story about humans doing whatever possible, including eating hide and strings as well as consuming their dogs, before making the desperate decision to cannibalize..." 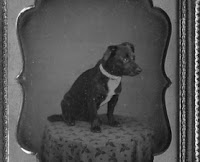 The historical record, consisting of letters and journals kept by members of the Donner Party and rescue groups, as well as the memories of some survivors, supports that the trapped members first ate all of their animals, including captured mice and the family dogs, as well as wild game.

Of the family dog "Cash," emigrant Virginia Reed Murphy wrote, "We ate his head and feet -- hide -- every thing about him."..

Johnson reports that James Frazier Reed, who left and then returned with men to help at Jacob Donner's camp, "found a gruesome scene."

Hair, bones, skulls, and the fragments of half-consumed limbs were said to be around the fire. Jacob Donner's body was found with his heart and liver removed and his limbs and arms cut off. Another account describes children having blood on their faces, after trying to consume such flesh.

Top photo credit Ṁ‽ǩ€ §ρ!и@ķ.
Small embed: "A 19th-century portrait of a family dog, possibly Nero, which was likely eaten." Credit: American Antiquarian Society.
Addendum:  My thanks to  Phillip Sexton, District Interpretive Coordinator for the Capital District of California State Parks, who reviewed this post and offered the following information [boldface added by me]-