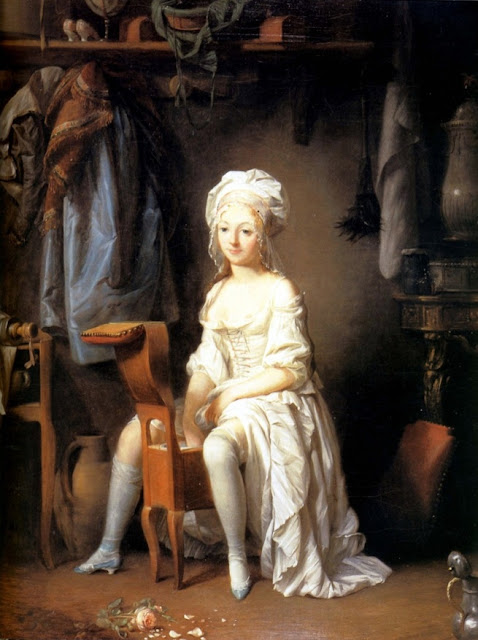 This is an 18th-century painting by Louis Léopold Boilly.  The young lady is straddling a bidet while washing her genitalia.  Since I've never had even an Art101 course, I was a little surprised that this would be the subject matter for a salon-exhibited classic era painting.  A glance at Wikipedia turned up this relevant information:


Boilly was a popular and celebrated artist of his time. He was awarded a medal by the Parisian Salon in 1804 for his work The Arrival of a Mail-coach in the Courtyard of the Messageries. In 1833 he was decorated as a chevalier of the nation's highest order, the Legion d'Honneur.