Minnehaha Falls is arguably the most widely-known scenic location in the Minneapolis-St. Paul metroplex.  In the 1930s the park surrounding the falls was extensively improved by crews from the Civilian Conservation Corps and the Works Project Administration.

The stonework that greets the visitor to the park at the upper levels of the falls is masterfully crafted, and judging by the similarity of the blocks to one another, I would assume this is quarry-harvested stone. 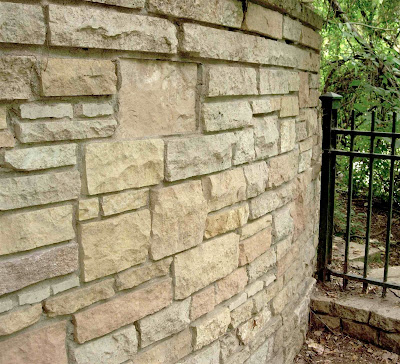 The walls are handsome and seem quite formal for what amounts to a rural setting.  This rounded wall terminating in a wrought-iron fence would not be out of place at a castle. 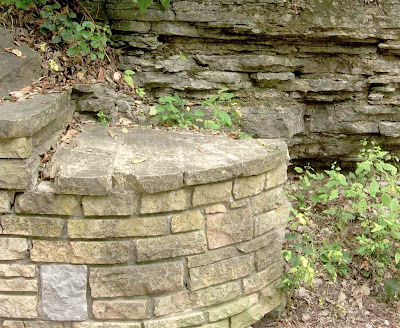 I believe CCC crews tried to use local material whenever possible.  This formal wall  terminates near the creek, where the native limstone is apparent.  The native stone is more irregular in shape and slightly darker in color. 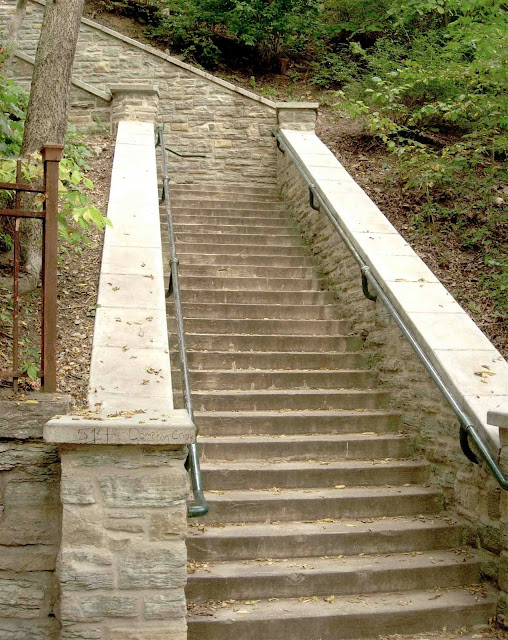 This is one of the stairways leading from the upper park down to the areas below the falls (along the creek).  For this stairway, the sidewalls and columns appear to be of native material. 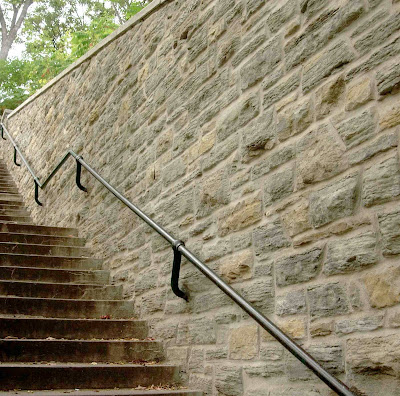 Better seen in this closeup view of the wall of the stairway.  It takes more skill to create a wall out of variably-sized pieces like this than the wall at the top of this post. 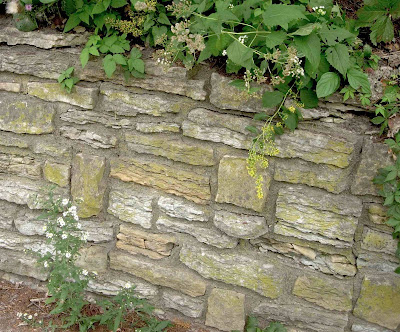 Our trip now brings us down to the lower reaches of the park, where the slopes along the creek are held up by retaining walls, also crafted from local limestone.  This section is rather nicely done:
This wall was probably assigned to new trainees, because the limestone slabs are at irregular angles, and the mortar is much thicker, but it has served its purpose for 80 years..
In a number of places in the park the walls have started to deteriorate - an inevitable consequence in a climate where fall and spring bring freeze/thaw cycles.