Results of the most recent polls 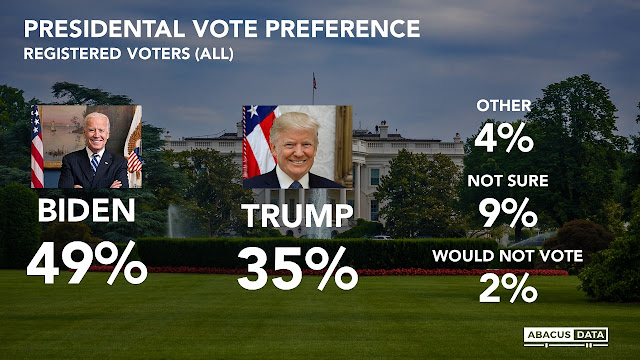 "With fewer than 150 days until Americans choose a President for the next four years, Abacus (one of Canada’s most accurate polling companies in the 2019 federal election) surveyed 1500 Americans on their feelings about the choice coming up..." 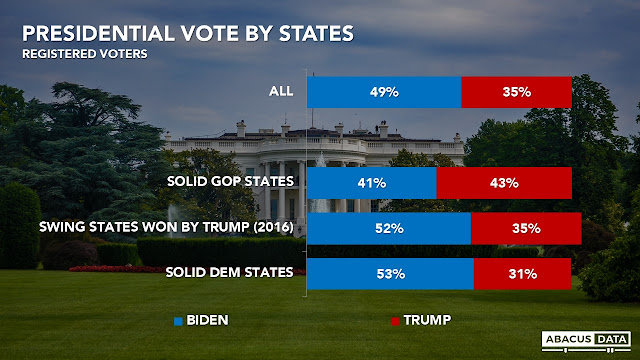 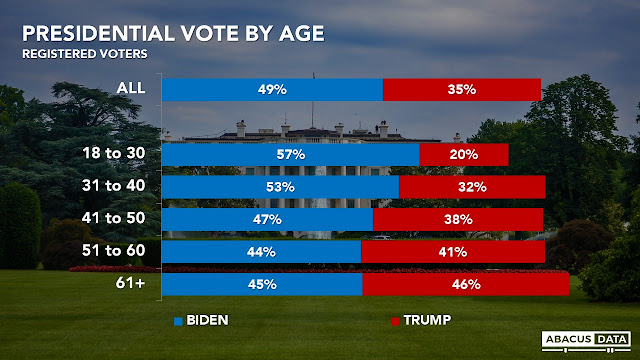 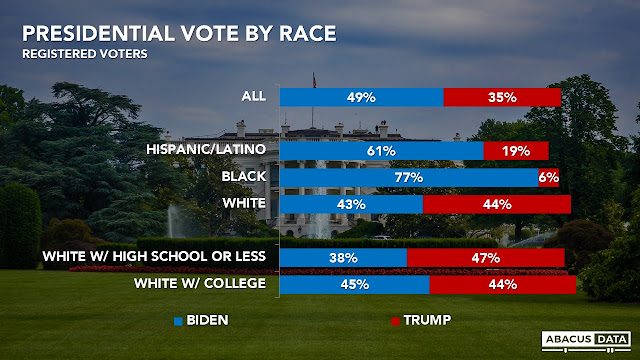 The margin of error is +/- 2.5 points.  More charts and analysis at Abacus Data, via Jobsanger.

Also this:
Donald Trump has been hit by a rash of polls showing Joe Biden pulling ahead of him – and now, a new survey by Scott Rasmussen for website Just the News shows him falling behind Mr Biden nationally by 12 points.

The latest poll will be particularly galling for the president given it comes from Mr Rasmussen, founder of Rasmussen Reports. The company is one of the only pollsters whose results Mr Trump routinely cites when celebrating his own numbers. frequently writing that it was an outlier in predicting he would win the 2016 election.

And this from The Economist: 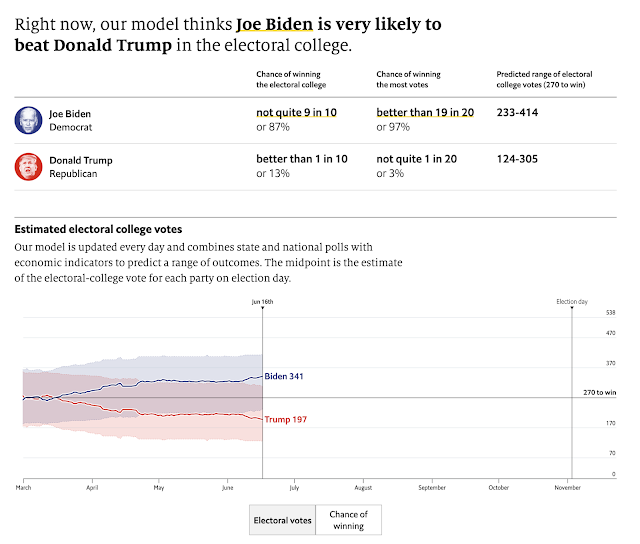