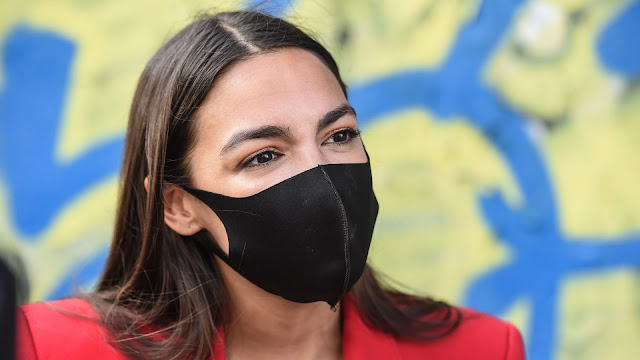 In yesterday's New York primary election, Alexandria Ocasio-Cortez overwhelmed Michelle Caruso-Cabrera, the former CNBC business channel commentator with a wealthy Republican Trump-donating husband, garnering about 70% of the vote, and proving wrong the critics who said that her initial election was  "fluke" because her opponent didn't try to win.  In this primary, millions of dark money dollars supported an opponent who was chosen because of a hyphenated Latin name, not for ideological reasons.

Here is a recent AOC campaign video that ran in Queens and the Bronx:

And here is her Twitter thread, for those who want to monitor the runup to the November general election.

Email ThisBlogThis!Share to TwitterShare to FacebookShare to Pinterest
Labels: AOC