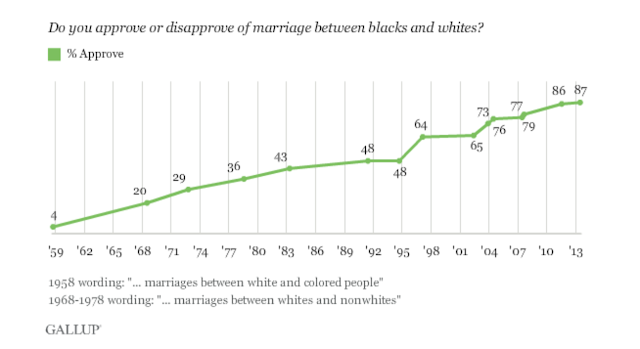 So much change within my lifetime.

Approval of black-white marriage is higher among younger Americans, and lowest among those 65 and older. Americans living in the South are slightly below average in their approval, while approval is above average among those in the West. Similar patterns were evident in 2011.

Census data indicate that black-white marriages in reality remain fairly rare -- although they have increased from 167,000 in 1980 to 558,000 in 2010, they still represent less than 1% of all married couples. The major shift in attitudes about such unions, however, is a telling indicator of the general shift in views of racial matters on many fronts in the U.S. over the last five decades.