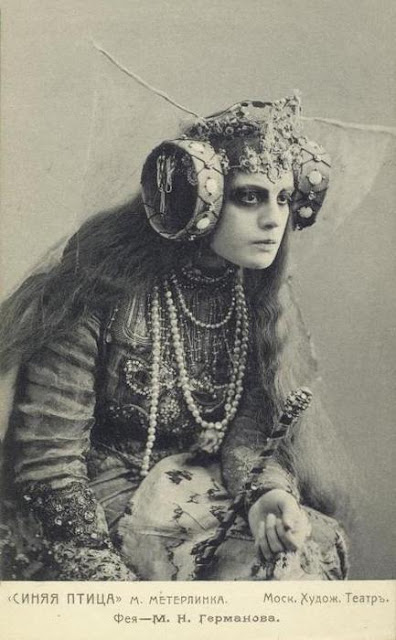 I originally posted this unsourced photo in August of 2008 and asked readers if anyone could decipher the Cyrillic to find out what the backstory it might be. Gypsy? Native costume? Musician? Tambourines??

Very quickly "Katie" replied that this was a costume for a stage performance of "The Blue Bird," a 1908 French play by Maurice Maeterlinck (subsequently adapted into 5 movies, including one with Shirley Temple), and e-l-i-s-e identified the actress as Maria Germanova.

In November 2009, Pep Armengol made a very interesting observation in the Comments, noting the resemblance of this lady's outfit to that of the "Lady of Elche" - a stone bust found in Spain in 1897 and presumed to be Iberian art work from the 4th century B.C. Coincidence? Or was this lady's headdress modeled on some ancient tradition? Photo below. 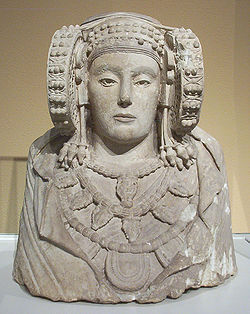 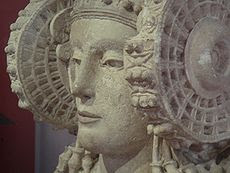 In December, teresa's soundworld found this biography of Maria Germanova, and a cornucopia of picture postcards from the stage performance stored in the New York Public Library's Digital Gallery.

I'm still a bit confused as to whether the contraptions next to her ears in the stage costume are derived from some ethnic fashion (re the Lady of Elche above), or whether it's something symbolic re the context of The Blue Bird play itself.   But this certainly has become an interesting sequence of discovery. 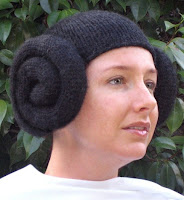 An additional update:  Eternal Remont noticed a resemblance between Gemanova's headdress and the "cinnamon bun" hairstyle made famous by Princess Leia (to the left is a ski cap knit into the same general shape). 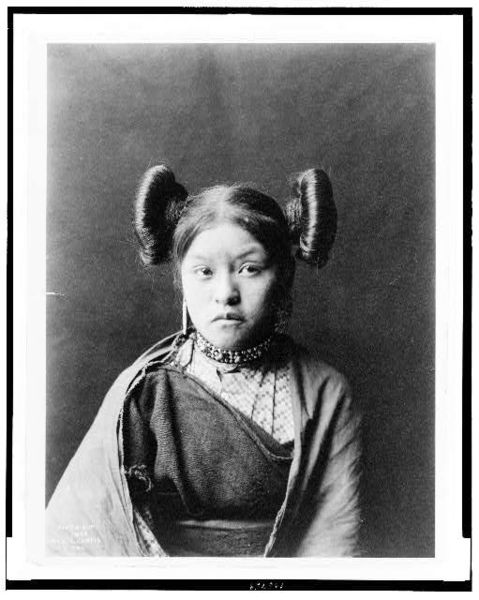 And finally, a person commenting on the Eternal Remont post noticed the similarity to a traditional hairstyle of the Hopi Indians.  Photo: Library of Congress.

Reposted from 2010 to add this image of a young Hopi woman: 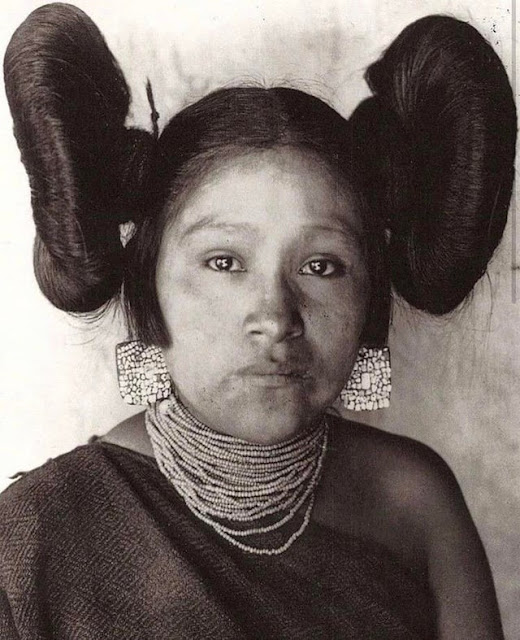 The hairstyle is described at the via as a "squash blossom whorl."