A beautiful day to meet a Tawny Emperor 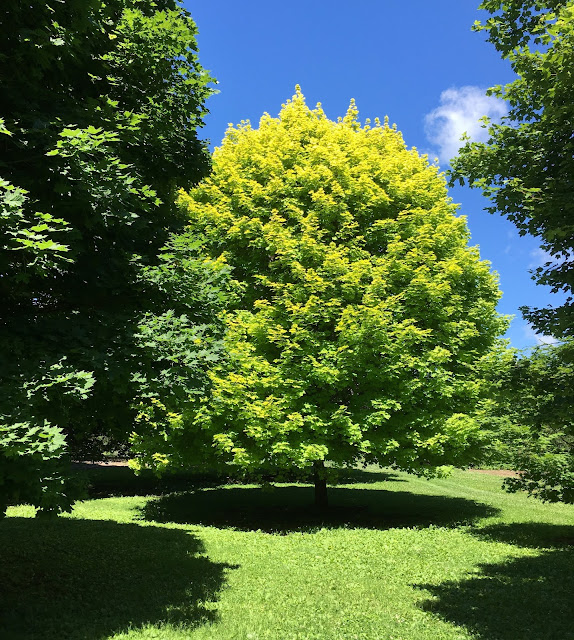 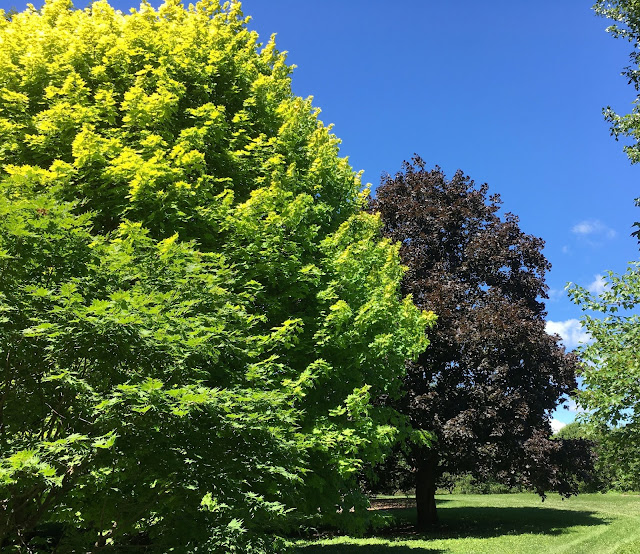 The lilacs were post-bloom, as were the fruit trees, but the shade trees were fully leafed out to show their magnificent form and colors, especially in the maple section.  The turkeys stayed socially-distanced from me. 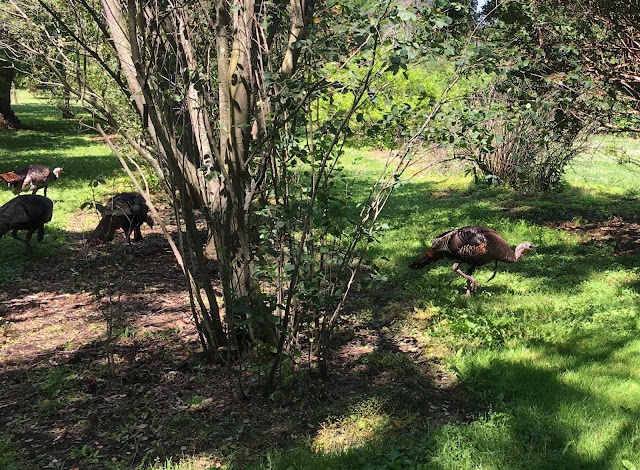 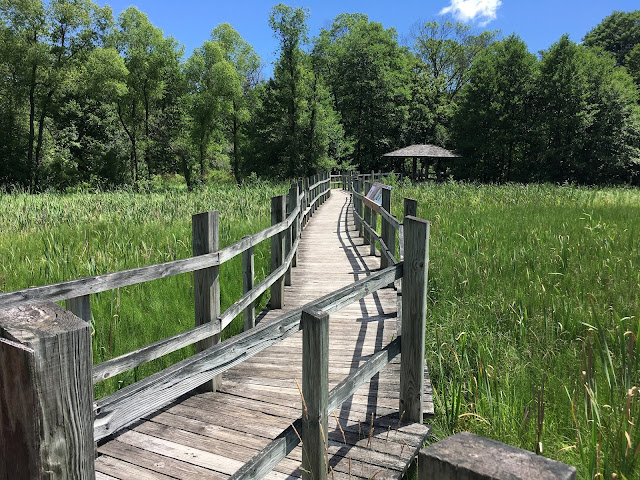 When I got to the boardwalk over the wetland, I was greeted by a local resident who flew onto my pantleg... 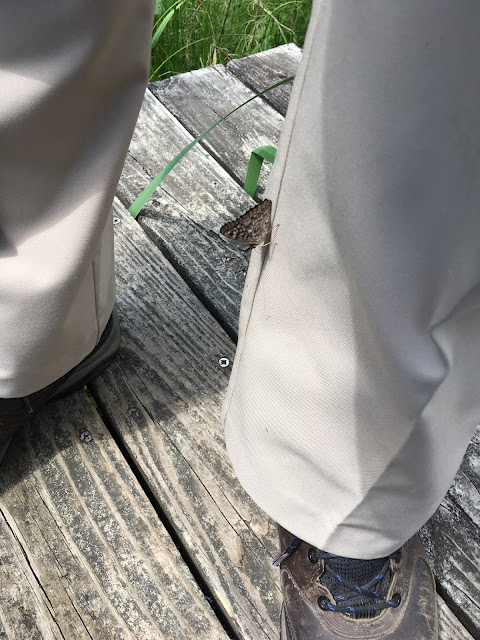 The Tawny Emperor (and the very similar Hackberry Emperor) are well-known for their willingness to interact with humans, so when I saw it down there I moistened my fingertip with saliva, and he/she eagerly hopped on... 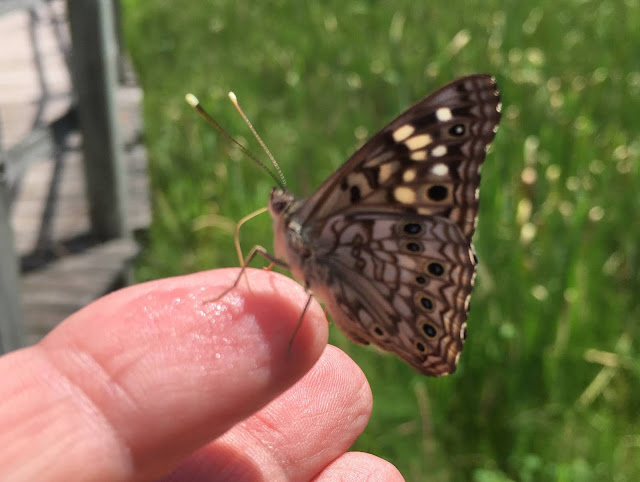 Butterflies live in an environment that has abundant potassium, but proportionally less available sodium, so saliva or sweat from humans is a real treat.  Before I left, she posed on the handrail of the boardwalk for this portrait (photo enlarges to gigantic with a click): 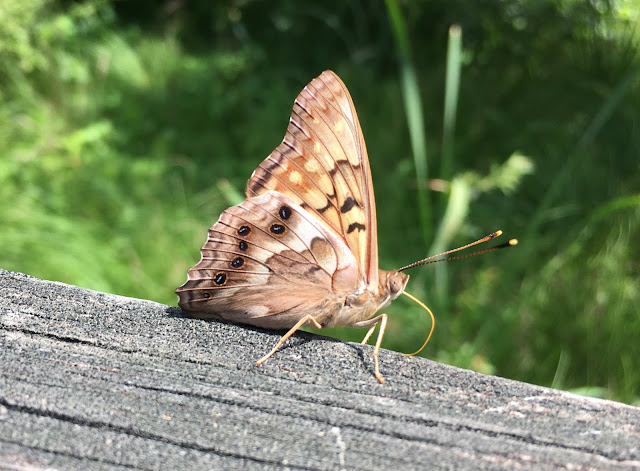 After reporting the sighting at the Wisconsin Butterflies website, I discovered that this butterfly is seldom seen so far away from the Mississippi River Valley western border of Wisconsin.

Addendum:  I returned to the Arboretum the next day to try to get a photo of the tops of the wings of this uncommon butterfly.  Temperatures had risen from the pleasant mid-70s to humid mid-80s, but it turns out that hot, sweaty days are the best for getting extreme closeups of human-friendly butterflies.  An hour and about 60 photos later, here are two extreme closeups of the Tawny Emperor (Asterocampo clyton).  Click the photos for fullscreen. 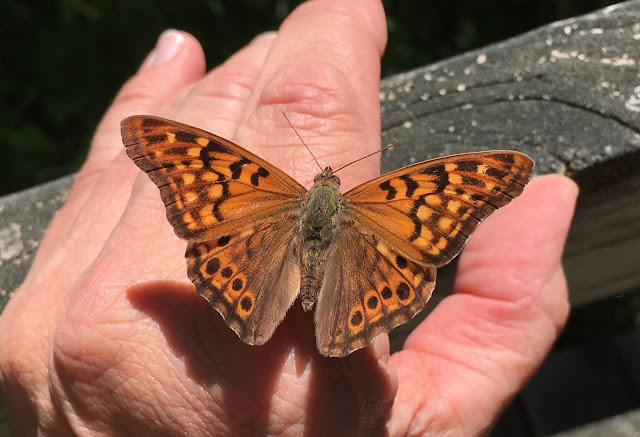 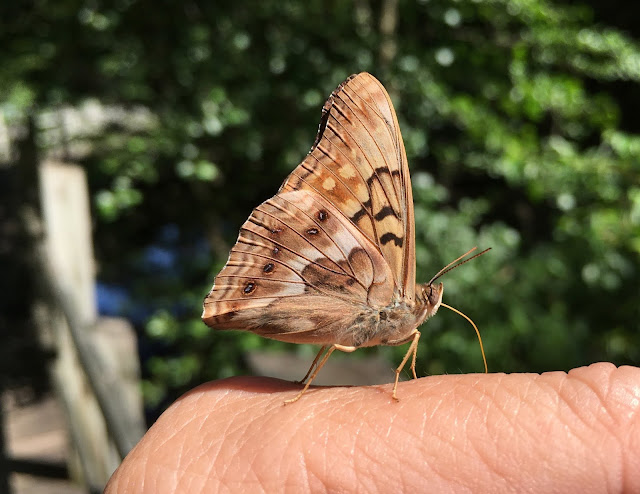