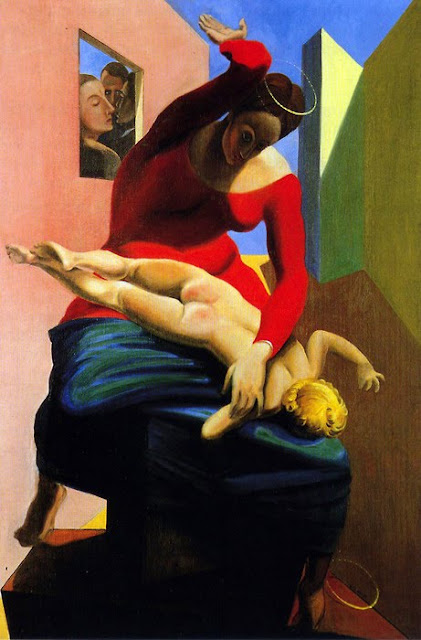 The proper title is The Blessed Virgin Chastises the Infant Jesus Before Three Witnesses: André Breton, Paul Éluard, and the Painter, painted by Max Ernst in 1926.  According to a Time magazine story in 1976 -


His father was a fiercely authoritarian Roman Catholic, an amateur painter who taught in a school for deaf-mutes in the Rhineland town of Brühl. Little Max briefly persuaded this eccentric sire that he was the child Jesus. Memories of this sort underlie Ernst's most notorious thrust of anticlerical wit, a spanking Madonna...

The painting is (not surprisingly) said to have been controversial at the time.  Now it hangs in the Metropolitan Museum of Art   Ludwig Museum in Cologne.