Can anyone identify these "sand tunnels?" 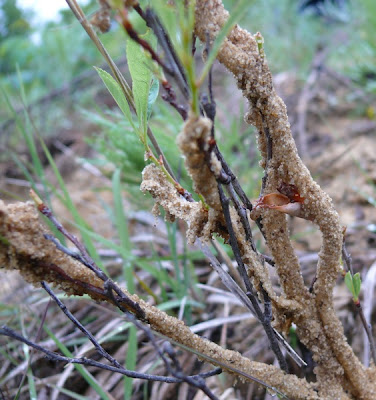 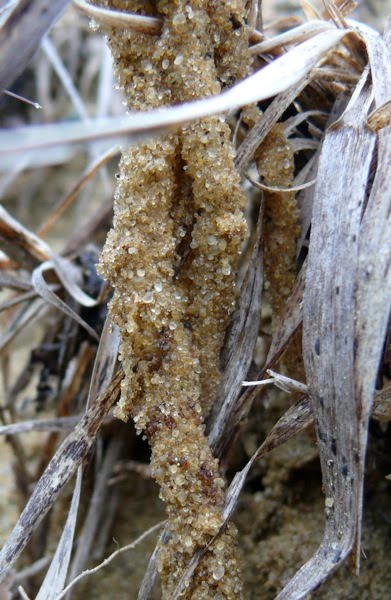 One of my favorite nature blogs - A Prairie Haven - has offered a puzzle to be solved.  The structures in the photo above were found on a farm in Wisconsin.


They're built up along the branches of small shrubs - mostly Sand Cherry.  They're close to the ground - none more than about 8 inches high.

The first thought was that they were termite tunnels, and they do resemble the connections that termites use to travel from their nests into above-ground structures.  These structures, however, are made of sand, and when they were examined by a termitologist, she noted that the sand grains were fused by webbing - not a feature of termite structures.  She postulates that these could be made by ants, but the puzzle is still under investigation.

Any myrmecologists out there who could confirm or clarify this?   You can post your comments at her blog, or here and I'll forward the information.

Update:
The answer is in the Comment thread - this is a construction made by the larva of a moth (Prionapteryx nebulifera).  The process was originally described in 1905 in the pine barrens of New Jersey.