You'll never guess what this is 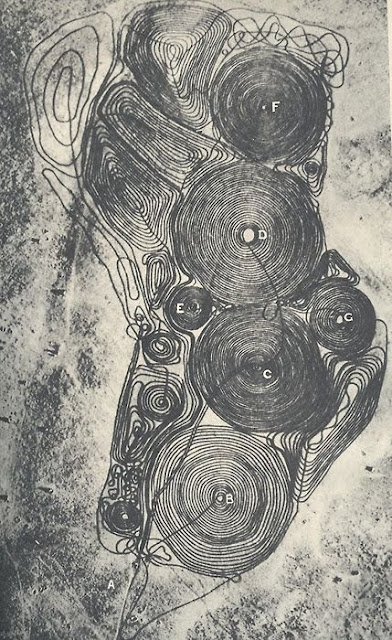 I had absolutely no clue. For those familiar with electron microscopy of biological systems, it might suggest coiled pulmonary surfactant.  Click to enlarge (but it won't help you...).

In order not to give the answer away too quickly while you ponder the image, I've printed the answer in the paragraph below this one in a color as close as possible to the background. Mouse over it to see the answer.

"We're looking at a photograph of what is supposed to be an airfield which has been beautifully plowed under by German sappers, done so to prevent the airfields being used by British forces subsequent to its abandonment by retreating German forces."
Found at Ptak Science Books, via Consciousness is a Congenital Hallucination.