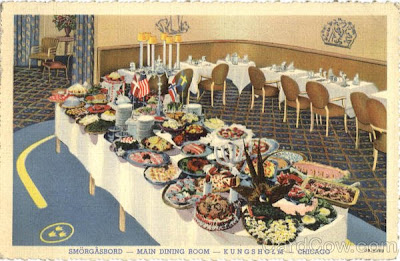 Let's get this show on the road.   As with all these linkdumps, the content may increase during the day as I sort through this week's links.

Blackadder's codpiece is up for sale.  It's expected to sell for thousands of pounds.

This set of photos depicts a latex vacuum bed (the images are NSFW-ish).   The purpose and psychology of the device are discussed in this Reddit thread.

NASA's Opportunity rover has now broken the (do you call it "world's"?) record for extraterrestrial longevity.  The little fellow, designed to last three months, has now been patiently crawling over the surface of Mars for six years and 116 days.  It's now heading for a different crater looking for more signs of former/hidden life.

Lots and lots of attention this week to Rand Paul's victory in the Kentucky Senate Republican primary.  A compilation of commentary and opinion on the subject is posted at The Daily Dish.  Linked here for possible future reference.  There is also an interesting analysis at Salon.

A column at Slate reveals that at least several of the Senators voting on the financial reform bill (which includes an amendment affecting ATM fees) have never used an ATM.  There's nothing wrong with that, of course, but it's an interesting sociological observation.

Those of you who are musically inclined should definitely check out a music hack called "The Swinger" - "The Swinger is a bit of python code that takes any song and makes it swing.  It does this be taking each beat and time-stretching the first half of each beat while time-shrinking the second half."  I particularly liked the "Money for Nothing" and "White Rabbit" hacks.  (via Neatorama)

A Wisconsin man was wrongfully imprisoned for 13 years.  The state is now releasing him, and will pay him compensation of... wait for it... $25,000.

When a woman in Florida renewed her driver's licence, employees at the DMV (?mistakenly) put "Eat Ass" in her address.  Lots of blogs commented on the (questionable) humor in this, but most have failed to note that "the couple went to the local DMV to get some answers. What they got was laughter and a quote for another fee if they wanted the license fixed."

If you have any interest in sloths (most people don't, but TYWKIWDBI readers are a bit different...), go to this post at The Amphibian Avenger to view the pix, and especially the third video: "Meet the Sloths."

Terri Schiavo's widowed husband is upset that Terri's brother and other family members are running the Terri Schindler Schiavo Foundation for their own benefit.  "In most recent IRS report that the Foundation filed for 2008, it shows the foundation took in $91,568 and paid Terri's dad Robert Schindler Sr., her brother Robert Jr. and her sister Suzanne Vitadamo $59,275, or 64% of the money they raised. Charity Navigator, a respected Charity Rating organization, says any charity spending more than 30 percent on salaries gets a zero rating. The foundation doesn't come close."

Police in Corpus Christi, TX, removed several hundred "marijuana" plants from a public park, only to discover that what they had been uprooting were just weeds (perhaps a type of hibiscus plant per the comments at the link)(correction: the plants were horse mint, which doesn't even have compound leaves).

Those interested in fashion and design might want to explore the Ye Olde Fashion blog, which has a most interesting array of pix, with some relevant commentary.  I'd like to cite the blog for some full posts here, but sadly the blogger doesn't give any credits for the sources of the photos.

Another potentially interesting blog is Dolls from the Attic, which features "the dolls of the Renaissance, and the 19th and early 20th century."  I would like to have reposted some of the material here, but unfortunately, like the fashion blog above, it appears that this blogger has omitted primary source information for the photographs.

Asia Times has an article about the cost of the Afghan war, which reminded me about the CostofWar website.  The counter there is at $997,400,000,000 and rising.

All of the original BBC radio broadcasts of the original Hitchhiker's Guide to the Galaxy are available at this link.  26 episodes!!  You can download episodes and listen to them with iTunes or whatever while exploring the rest of this blog.

A link has been suggested between pesticides and ADHD.  "It's thought that exposure to the pesticides most likely comes from eating sprayed fruit and vegetables."

A photoessay demonstrates how to make a peanut-butter-and-jelly sandwich that doesn't drip.

Credit for photo of 1941 postcard