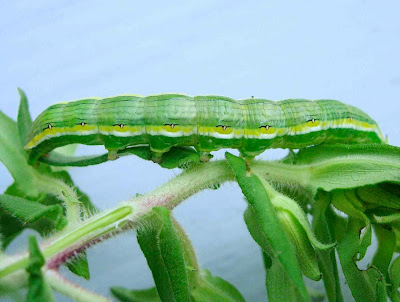 This very striking caterpillar appeared on an aster plant in our front yard late last August.  I wanted to see what he would become, so I placed him in a jar with aster clippings, some mulch on the bottom, and a couple sticks in case he needed them for pupation. 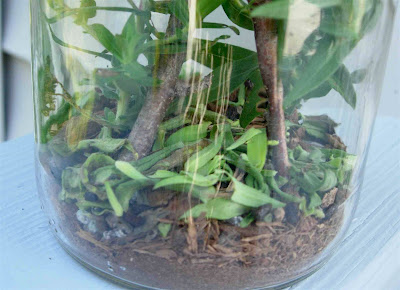 He was a very messy eater, clipping leaves off and letting them fall to the ground; I've read or heard that some caterpillars employ this strategy so that partially-eaten leaves on the plant do not give away their presence.  I do have to say this guy was well camouflaged, because there were times when I had difficulty locating him in the jar.

In mid-September he disappeared.  Totally.  I knew he had burrowed into the mulch at the bottom to pupate, so I placed the jar in our unheated garage for the winter.  A couple weeks ago he reappeared, as the rather inconspicuous moth shown here. 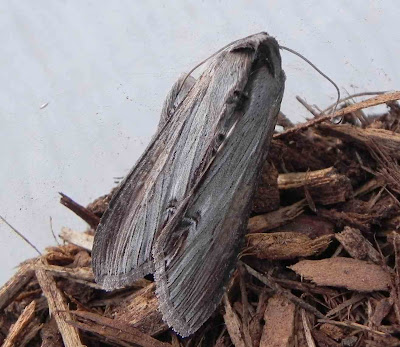 As best I can tell, he's one of the hundreds of species of Cucullia moths - Cucullia asteroides, as best I can tell.  Not a colorful creature by human standards (or by lepidopteran standards), but I suspect that drab coloration serves the defenseless adult well for camo, just as the striking green stripes served the caterpillar.