Why some menus don't have currency symbols 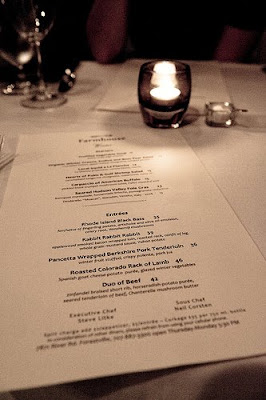 Some restaurants - especially upscale (or pretentious) ones - leave currency symbols off the menu, listing the price of a steak as "32" rather than $32.00. In some cases it may be just an artistic/stylistic decision, but there may also be ulterior motives...

Contrary to expectations, guests given the numeral-only menu spent significantly more than those who received a menu with prices showing a dollar sign or those whose menus had prices written out in words. Psychological theory, by contrast, predicted that the scripted format would draw higher sales. Although these findings may apply only to lunch at this particular restaurant, they indicate that menu-price formats do influence customers’ spending, both in terms of total check and spending per cover.

The abstract of the research is posted at Cornell University's Center for Hospitality Research. Via Consumerist, from whom also the photo.