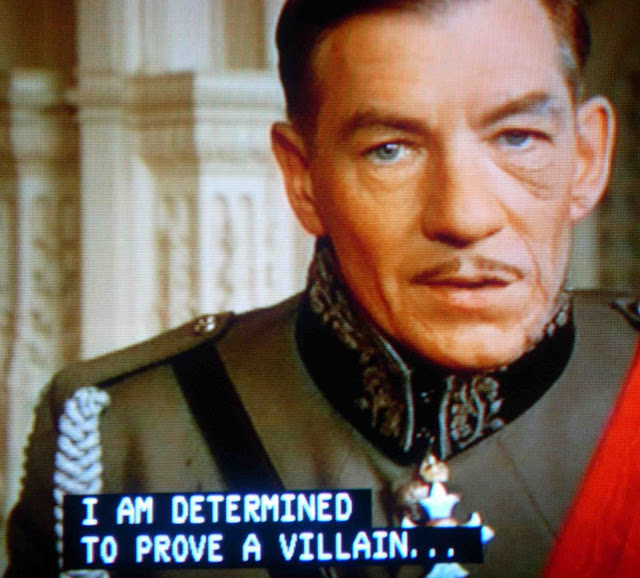 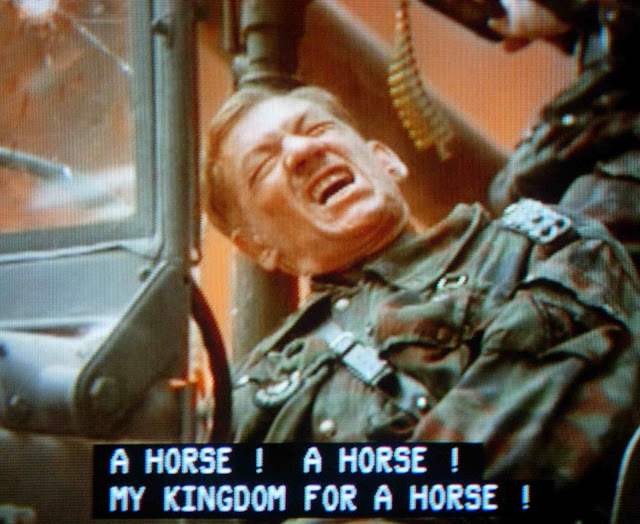 Last night I watched the 1995 film adaptation of Richard III. As I blogged last week while discussing The Daughter of Time, I think the Shakespearean treatment of Richard is biased, in part because the author of the play (Edward deVere) is a descendant of John deVere ("Oxford"), who led the Tudor forces against Richard at the Battle of Bosworth Field.

That disclaimer aside, I thought this was an excellent movie. Traditionalists may be distressed to see the play set in an alternate England of the 1930s, with Richard and his compatriots as pseudo-Nazis. But Ian McKellen is superb in this role, and well deserved his BAFTA award as Best Actor.

If you want a sample, here is the trailer: