Is this the face of a murderer? 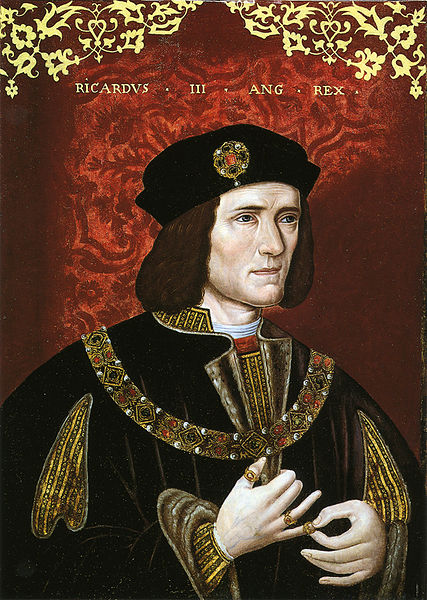 That, of course, was the opening question/premise of Josephine Tey's famous novel, The Daughter of Time. I had read the book as a young man and decided this week to do so again. The internet has changed me; I now want all my information delivered quickly and concisely, so I was a little impatient during the rereading, wishing that what was written as 200 pages had been summarized in a 50-page essay. But it's still a quick one-sitting read and it still presents in a compelling manner logical reasons to presume Richard III innocent of the murder of the young princes:
I won't give any more spoilers here re who Tey postulates did kill the young princes, but I'll note that Richard's reputation for posterity was blackened first by hearsay, and then by the popularity of the Shakespearean play - written (probably) by Edward deVere, whose ancestor John deVere (13th Earl of Oxford) commanded the Lancastrian troops at the Battle of Bosworth Field, where Richard was killed by forces loyal to Henry Tudor.

For those with more than a passing interest in this subject, there is a Richard III Society, dedicated to reassessing his life and studying 15th century English history and culture.