The size of Africa 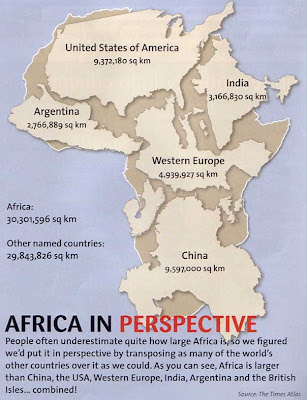 This is several years old, but is worth sharing. Found at the very interesting Strange Maps blog, which offers this additional observation:

What’s also quite bizarre is the fact that a relatively sparsely populated country such as Argentina (about 38 million inhabitants) is not that much smaller than India, the world’s second-most populous nation, which currently has a population of about 1,1 billion people.