Some cautionary thoughts re Iran 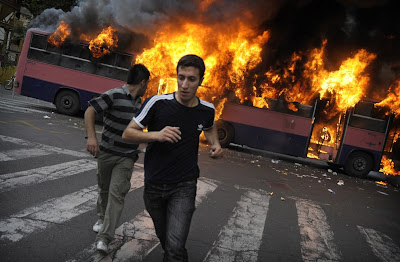 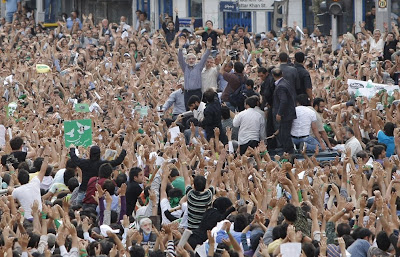 It's interesting to view what seems to be a widespread, if not universal, sympathy for the protestors in Iran. Both the political left and the political right seem to applaud the people's effort to regain control of their democracy. Pundits ponder whether the current political leadership will be overthrown and replaced by one more receptive to Western ideology.

Here's the question: How will we react if/when the scenes above are repeated, not in Iran but in Egypt? I suppose there aren't enough people to do this in Kuwait, but how about Saudi Arabia? If hundreds of thousands of young, conservative, Islamist youth march through the streets of Riyadh and demand a "democracy" in which they can elect their own leaders rather than be ruled by King Abdullah, will the West be supportive?

Will the champions of "democracy" still applaud if the surging crowds have anti-Western antipathies? I don't know (but I doubt it). We'll just have to wait and see...