Was there a "monster of Glamis?" 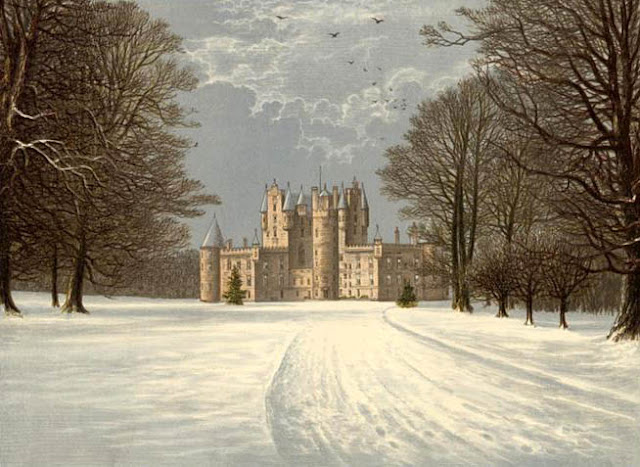 Excerpts from a story at the Smithsonian:


“If you could even guess the nature of this castle’s secret,” said Claude Bowes-Lyon, 13th Earl of Strathmore, “you would get down on your knees and thank God it was not yours.”..

The first reports of Glamis’ unknown prisoner appear to date to the 1840s. According to a correspondent to the journal Notes & Queries, writing in 1908,


The mystery was told to the present writer some 60 years ago, when he was a boy, and it made a great impression on him. The story was, and is, that in the Castle of Glamis is a secret chamber. In this chamber is confined a monster, who is the rightful heir to the title and property, but who is so unpresentable that it is necessary to keep him out of sight and out of possession.

This may sound like the plot of some Gothic novel, but believers in the theory point out that the family has dealt with some of its members in ways that outsiders might consider harsh. After the First World War, Katherine and Nerissa Bowes-Lyon, both cousins of the present queen, were born mentally disabled. Both spent their lives locked away in homes and hospitals, ignored by their family...

The only detailed description emerged early in the 1960s, when the writer James Wentworth-Day spent time at Glamis while writing a history of the Bowes-Lyon family. From the then-Earl and his relatives, Wentworth-Day heard the legend that “a monster was born into the family. He was the heir—a creature fearful to behold. It was impossible to allow this deformed caricature of humanity to be seen—even by their friends.… His chest [was] an enormous barrel, hairy as a doormat, his head ran straight into his shoulders and his arms and legs were toylike.” But “however warped and twisted his body, the child had to be reared to manhood,” kept safe and occasionally exercised. That job was given to the factor.

More at the Smithsonian link, and at the Charles Fort Institute blog:


The mystery that was spoken of in hushed terms during the nineteenth century was generally a different one, for though the existence of a hidden room with the castle walls was widely rumoured, even then, it was then believed to conceal not a living creature, but rather the grisly evidence of an ancient crime. According to this now mostly forgotten portion of the legend, a large party of Ogilvies, members of a rival clan, once sought sanctuary from their enemies at Glamis, only to be betrayed and murdered there. In this version of the castle’s story, the fugitive Ogilvies were shown into the hidden chamber, then barricaded in and left to starve. Their skeletons, still scattered on the floor, were the secret that the Lyons family was so anxious to conceal...