"The Pompeii of the Permian period" 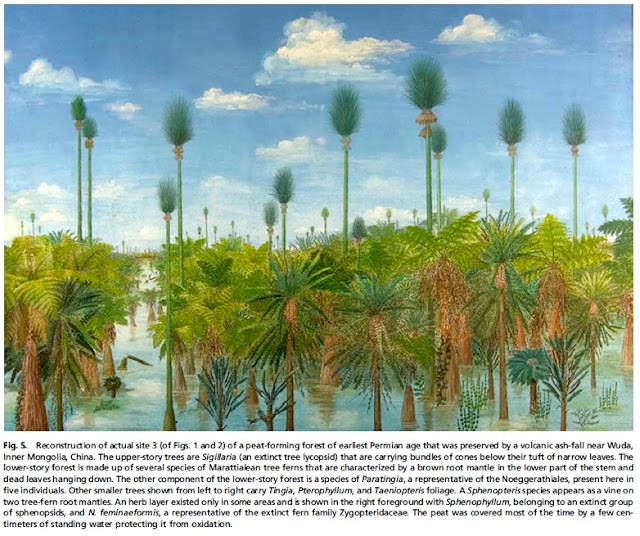 American and Chinese scientists... are calling it the Pompeii of the Permian period because, like the ancient Roman city, it was covered and preserved by volcanic ash. Like Pompeii, this swamp forest is so perfectly maintained that scientists know where every plant originally was...

During the Permian, which extends from 299 to 251 million years ago, there weren't conifers or flowers. Plants reproduced like ferns, using spores, and the modern continents were still joined in a single mass of land called Pangaea. This geologic period happened at the end of the Paleozoic era, after the Carboniferous...

Text credit Gizmodo, which has a nice summary of the article.  You can read the original publication in the Proceedings of the National Academy of Sciences, and view photos of specimens like the one below at this link. 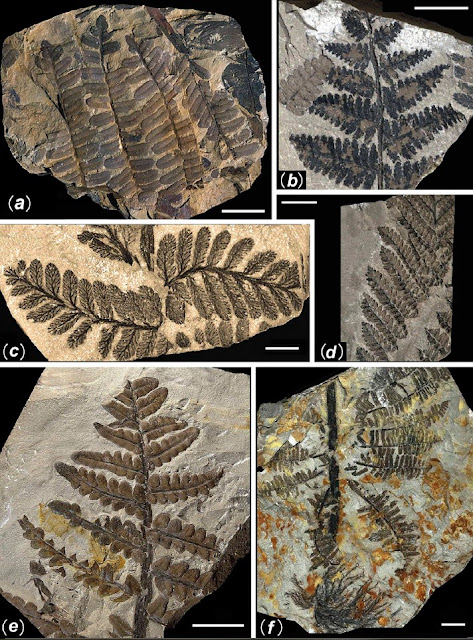