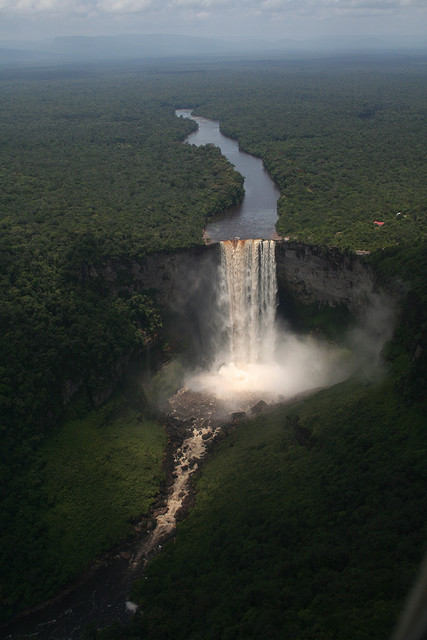 While many falls have greater height, few have the combination of height and water volume. This has given Kaieteur Falls the misleading label of "largest single drop" waterfall in the world which is often misinterpreted as "tallest single drop." However, it is likely one of the most powerful waterfalls in the world...

Kaieteur Falls is about five times higher than the more well known Niagara Falls, located on the border between Canada and the United States and about two times the height of the Victoria Falls... Its distinction lies in the unique combination of great height and large volume, averaging 663 cubic meters per second (23,400 cubic feet per second). Thus it is one of the most powerful waterfalls in the world...

It was new to me.  I had not heard of it or seen a photo until I encountered this one at I carry the Nile within my eyes.  Here is a photo of it during the dry season: