How an airport can affect local weather 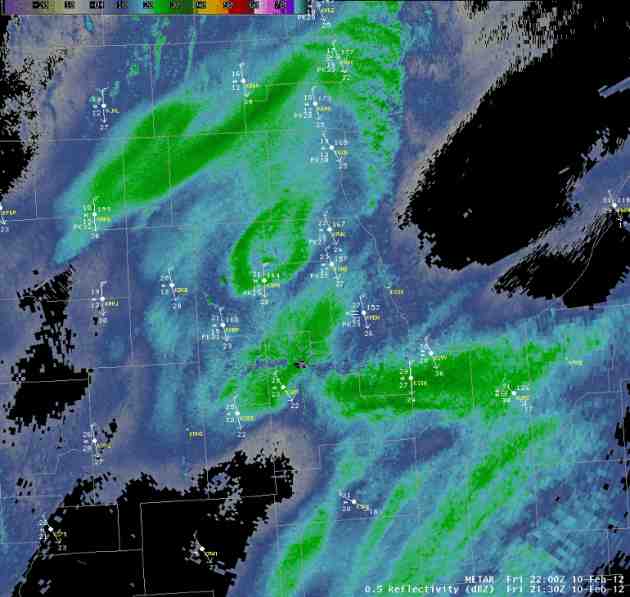 Again from Paul Douglas' On Weather blog, a Doppler radar image of Chicago, with a very interesting man-made effect:


The new generation of Doppler is so sensitive it can pick up dust, even insects*. Airplanes show up as well, as they did during last Friday's snow event. Look for the donut-shaped swirl near the center of the screen, created by jets holding above ORD. More from the Chicago office of the NWS:


"You may have noticed this on the Chicago-Romeoville WSR-88D Doppler radar Friday afternoon, February 10, 2012, between 230-400 PM CST.  An unusual "halo" in radar imagery developed in the vicinity of O'Hare International Airport...roughly in the middle of the image loop below. The winds at KORD up through about 200 PM CST were light and from the northwest (320 degrees) at less than 10 knots.  The cold front came through and winds turned to the north-northeast at  20 mph with gusts to around 30 mph.   Air traffic controllers probably had to reconfigure the runways and put some aircraft in a holding pattern.  A circular pattern became evident for a time in the radar display to the north-northwest of KORD.   We've seen this before where the exhaust particles from the aircraft feed/seed the clouds and coalescence accelerates, resulting in the development and fallout of ice crystals. Doppler radar can detect these ice crystals along with precipitation."