Surgical scars are not marks of shame 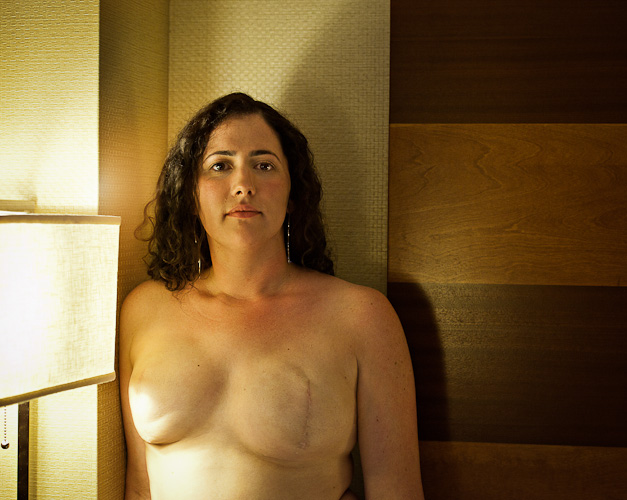 The SCAR* Project uses the phrase "Breast Cancer Is Not A Pink Ribbon" to emphasize some practical human aspects of the disease.  One primary goal is fundraising for awareness and research, but another, exemplified by the photos, is I think equally cogent:


The SCAR Project is a series of large-scale portraits of young breast cancer survivors shot by fashion photographer David Jay. Primarily an awareness raising campaign, The SCAR Project puts a raw, unflinching face on early onset breast cancer while paying tribute to the courage and spirit of so many brave young women...

Although Jay began shooting The SCAR Project primarily as an awareness raising campaign, he was not prepared for something much more immediate . . . and beautiful: “For these young women, having their portrait taken seems to represent their personal victory over this terrifying disease. It helps them reclaim their femininity, their sexuality, identity and power after having been robbed of such an important part of it. Through these simple pictures, they seem to gain some acceptance of what has happened to them and the strength to move forward with pride."

Here are the links to the home page, the image gallery, and the book.  It shouldn't be necessary for me to advise readers that the images at the link depict mastectomy scars, nipple transplants, and surgical sequelae in a very frank manner.  It was hard for me to decide which image to embed here as an example; each of the women is beautiful in her own way.

As I was writing this, I was reminded of the "banjo goiter" man whose image has been repeatedly mocked on the web.  He is another shining example of a person not embarrassed by what the unthinking public consider to be a deformity.

*At the website, SCAR is always written in allcaps.  It may be an acronym, but I've been unable to ascertain the component words.  Alternatively it may be a style chosen for emphasis.