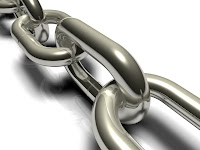 After calling my first 50 linkdumps "smörgåsbords," I wanted to come up with a new name, but I haven't been able to do so yet.  For this week a wordplay on the "Super Bowl L" post will have to do.  And since this is #51, I'll put in 51 links.  Here we go...

Everything you've ever wanted to know about the retail business of ripening bananas is in a post at Edible Geography.

Six members of Walmart's Walton family have a combined net worth as great as that of the bottom 30 percent of all Americans.

A woman who was opposed to Obama's healthcare plan posts a public apology after she develops breast cancer and has to arrange payment for her treatments.

Craniopagus twins can see through each other's eyes.

If there is a pandemic, Homeland Security is empowered to restrict internet access (also here).

Raw cookie dough is not safe for human consumption (because of E. coli, and about half of those affected require hospitalization).  Thankfully, however, cookie dough in ice cream is safe.

All of the most NSFW (not-safe-for-work) and NSFL (not-safe-for-life) links have been assembled in one post.  Not only do the links go to offensive material, but the description of the content of the links is also NSFW/NSFL.  Do not click unless you know you can handle the worst imaginable internet material emotionally.

Obama appears to have broken his promise to veto a bill that puts Americans at risk for indefinite detention without trial.

An interesting essay about Christopher Hitchens.

In Michigan, Homeland Security grant funds were used to buy Sno-Cone machines - thirteen of them, at $900 each.

The history of SKYNET.

A woman's body was found in a Massachusetts public swimming pool two days after she had died.  The Mitford sisters would have been amused.

A column at Salon discusses how federal grant funds have been used to militarize American domestic police forces.  And, in a related story, FBI agents use a chainsaw to rip down the side of a house during a drug raid... on the wrong house (more examples at the link).

Thousands of artificial hip implants are failing (not being rejected, but mechanically failing).

A prediction that the Eurozone's single currency will collapse this year.

Stallion semen is being sold as an energy drink.  It costs $7.60, and is available in several flavors.

A gallery of incredible sand sculptures.

The International Children's Digital Library is a gateway to online books for children.

A child pulls out her little brother's loose tooth.  Quite a common experience; in the old days it was done by tying the tooth to a doorknob, then slamming the door.  This girl does it by tying a string to the tooth, then getting on her mini-motorcycle, then...

Mitt Romney has lots of "endorsers," at least 35 of whom received contributions from Romney's super-PAC.

A photo of a bizarre and decidedly grotesque body modification.

An Atlantic column reviews music site Pitchfork's listing of the top music singles for 2011, and examines the geography of where the music originated.  Joining New York, London, Los Angeles, Toronto, Seattle et al at the top of the charts was the city of Eau Claire, Wisconsin, and controlling for population, Eau Claire takes the top spot, with 1.2 hits per 100,000 population.  Madison, Wisconsin was #3 (Copenhagen in between, San Francisco #4, then New York and other cultural runners-up.)

If you have post-polio syndrome, or know someone who does, Post-Polio Health International has a useful website.

The stages of development from an egg to a chicken (photo set via the link at the top, for those unfamiliar with Reddit).

The dangers of genetically modified foods.

An unidentified woman planned to detonate a bomb in Moscow on New Year's Eve, but her plans went disastrously awry (for her), when a spam message on her mobile phone triggered her suicide belt.

Pix of the "crooked forest" at Gryfino, via a Google-translated page.

Security footage captures a US postal service worker throwing a package containing an old cuckoo clock over a fence.

A report that the theme music from the movie "Titanic" was playing on board the Costa Concordia when it ran aground. [has this been verified?]

In an effort to deter vandalism at remote sites, British authorities are pondering the use of bees as security devices (allowing beekeepers to keep hives at the locations).  Makes sense, though I would worry about the beehives.

I am unable to explain Hollis' paradox.  Anyone?

Roger Ebert offers what he considers to be the best films of 2011.

"Fathermucker" has been proposed as a term to replace "househusband" for a stay-at-home-father.

A judge rules that Americans can be forced to decrypt their laptops for police inspection.

Do not swallow Buckyballs.  The magnetic ones.  Doing so can be lethal if a couple attract each other across the walls of the intestines.

There is now a website entitled Dogs Against Romney, originating from an incident in which he reportedly transported a family dog in a carrier on top of the family car.

A basketball player who is 7'5" tall.  In high school.

A man in Chile has been arrested for stealing a glacier (bit by bit).  It's not a joke, actually.

A TSA agent stole $5,000 in cash from a passenger's jacket; the TSA counters that they hold their personnel to very high standards.

An explanation that using higher-than-recommended-level octane gasoline in your car not only doesn't get you better mileage, it may actually worsen performance.

How many stars can you name (other than the sun)?  The link goes to a list of about a hundred of the brightest ones, and they all have names.